Is Betting Legal in The USA? 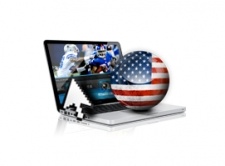 It’s late in the afternoon at the Wynn sportsbook on the north end of the iconic Las Vegas Strip. Seats are starting to fill up in this luxurious venue as sporting events begin on the East Coast.

There’s a buzz in the room as two longtime foes renew their rivalry. All these bettors want a piece of the action in the big game. This is the state of Nevada, where betting on games is legal.

But is it legal everywhere in the United States? The short answer is no, not yet.

The United States Supreme Court ruled in a 6-3 decision in May 2018 to strike down a federal ban on sports betting. The move does not automatically legalize sports gambling across the country, but it does grant states the autonomy to make the decision for themselves if they want this form of gambling legalized or not.

What are the Best Offshore Sportsbooks for US players?

There was a federal ban on sports betting from 1992 to 2018 under the Professional and Amateur Sports Protection Act. The 1992 law granted immunity to four states that had previously allowed sports betting inside their borders. Those states are Nevada, Delaware, Oregon and Montana.

Delaware was actually the first to the expanded market. The state used its existing sports betting law on the books, established single-game wagering regulations, and began taking bets on June 5, 2018.

Thanks to the court decision, these states can now offer legal sports betting as well:

Most of the remaining states must still organize which department will oversee state-regulated sportsbooks. Most are choosing between their respective gambling commissions or lottery boards — until then no wagers can be legally taken.

Below you will find our breakdown of every state's gambling laws. These overviews cover everything from sports gambling and casino gaming, to race tracks and daily fantasy sports, to bingo and lottery, and everything potentially in-between. Simply scroll to your state of choice and then click to find out more about its sports landscape, betting policies and so much more:

What Is The Minimum Age To Bet?

Each state or province determines its own minimum age for gambling. Some have two minimum ages (18 in some casinos, 21 in others). This is typical in states with alcohol-licensed casinos. If alcohol is served on the casino floor, the minimum age is 21.

The most common gambling age for state lotteries is 18, but certain states such as Arizona and Iowa require you to be 21 before you are allowed to play.

Other Forms Of Gambling

The American Gaming Association, an industry trade group, states that gaming in the U.S. is a $240-billion industry, employing 1.7 million people in 40 states. In 2016, gaming taxes contributed $8.85 billion in state and local revenues.

The 508 commercial casinos (as of 2014) across the nation make up the bulk of the revenues. Other forms of gambling include lotteries, pari-mutuel wagering on horse racing, charitable games and bingo.

The ABCs Of Sports Betting

The industry offers a staggering number of bets on all sports. The number one selection which draws the majority of wagers is football. It's America's game — by far.

Almost 60 per cent of all bets made are on the touchdown makers. Basketball draws about 30 per cent of the sports betting pool, while all other sports make up the final 10 per cent.

The most common wagers are "straight bets." These are the money line, point spread and over/under totals. But there are many other options, such as futures, parlays, teasers and many variations of those bets.

Everyone likes to pick a winner, and that's all you have to do to score on the money line.

This is the most common bet, and it applies to every sport. There is no point spread linked to the money line, there is just a favorite and an underdog. So the team you bet on only has to win the game, not win by a certain number of points.

Commonly called the line or spread, it is the number chosen by Las Vegas and other oddsmakers that they feel will get an equal amount of money wagered on the underdog and the favorite.

In this instance, the favored team must win by at least four points to cover the spread. The underdog team can win outright or lose by three points and still "cover" the spread.

Over/under bets are the only wager in all of sports that allow you to cheer for or against both teams that are playing. This is a bet where you predict that the total of the final score will be over or under a certain total.

For example, the over/under betting line for Super Bowl LII was set at 48.5. The final score was 41-33 for a total of 74 points. It does not matter which team wins the game in this bet.

As you can see, this allows you to cheer for both teams in the Super Bowl to score a ton of points or against both teams to keep it a low-scoring contest. The "over" won this bet.