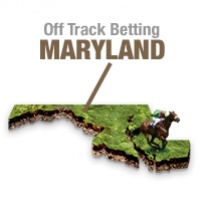 Held two weeks following the Kentucky Derby at Pimlico Race Course in Baltimore, Maryland, the Preakness Stakes is a Grade 1 event with a purse of $1.5 million and is run at a mile and three-sixteenths on the dirt main track. It is well-known as the second jewel of the US Triple Crown of racing that includes the Derby, the Preakness and the Belmont Stakes.

The Preakness Stakes dates back to 1873 and is named after the colt Preakness who won the Dinner Party Stakes on the day that Pimlico Race Course opened its doors in 1870. The race has one of the oldest and richest histories of any race in the United States.

Before the starting gate opens at Pimlico, you can get excellent future betting odds through top-rated online racebooks like Bovada or one of the other recommended sites listed below.

One week out from the running of the Preakness, 12 starters are expected to go to the gate:

Above odds updated on May 16th.

The field for the 2019 Preakness is breaking down fairly neatly into three groups of runners - front-running speed horses such as Alwaysmining, Market King, Bodexpress, Anothertwistoffate and Warriors Charge; off-the-pace stalkers with Improbable, War Of Will, Signalman and Win Win Win; and closers in Bourbon War, Owendale and Laughing Fox.

The late additions of Warriors Charge and Market King change the pace scenario quite significantly. With added speed in the race, it's far less likely that ony one horse is going to get loose on the lead and steal the race wire-to-wire. It also indicates there will be a fast pace through the early part of the race, and this makes for a better opportunity for horses that come from the back late in the race.

That being said, it will be important for favorites Improbable and War Of Will to get out of the gate quickly and into a good position on the first turn so as not to lose touch with the lead group and be ready to pounce as they come off the final turn, knowing that several others will be startying to make a charge form the back.

War of Will Preakness Stakes Odds
+275

For the first time in decades, none of the horses that crossed the finish line in the first four spots in the Kentucky Derby will be running in the Preakness Stakes. Country House, the winner by disqualification of Maximum Security is out with an illness, while the connections of Maximum Security have decided to give him a rest and target other three-year-old stakes races later in the year. Code Of Honor and Tacitus are both expected to next run in the Belmont Stakes.

While only four horses in the past 35 years have won the Preakness after having not run in the Derby (with the most recent being Cloud Computing in 2017) it's important to note that typically the Preakness draws most of the top Derby finishers, and the absence of those horses this year makes for a more wide-open race.

Like several others, Alwaysmining is taking a step up in class from lower-level stakes racing, but moving up in class off a win streak is generally a positive handicapping angle.

Distance is also a concern for both Improbable and War Of Will, neither of whom have won past 1 1/16 miles. War Of Will faded badly in the stretch of the Kentucky Derby, and while Improbable managed to finish fifth and was then moved to fourth, he had every chance to run down the leaders in the lane and basically made no impression.

The same may also be said of Signalman and he seems to lack the overall speed of the other two. But he is coming into the race as a fresh horse, while the others will be coming back off of just two weeks between races.

That leaves Win Win Win, who is flying a bit below the radar and offers good betting value. Of all the horses in the race he might have the best overall speed and has really only one bad race on his resume, that bing the Derby where he ran on a sloppy track for the first time. He's also the one horse of the stalking group most loaded with distance in his pedigree. If the track stays dry, he's in with a shot.

As far as the closers go, Laughing Fox is a toss, leaving a choice between Bourbon War and Owendale. On paper Owendale has shown more overall speed, and comes in off a win over Anothertwistoffate in the (G3) Lexington Stakes. Bourbon War, meanwhile, just missed two starts back in the (G2) Fountain of Youth where he finished just 3/4 length back of Code Of Honor who ran third in the Derby. He needs lots of pace to run at, and he just might get it here.

Here's another look at the foggy 2018 Preakness (in Spanish) won by Justify on his way to the Triple Crown.