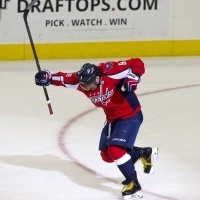 For the first time in franchise history, the Washington Capitals finally overcame years of playoff failures and won the Stanley Cup. The Capitals, who were founded in 1974 as an expansion team alongside the Kansas City Scouts, have also won two conference championships and three President Trophies for most points in the regular season. Since purchasing the team in 1999, Ted Leonsis revitalized the club by drafting star players such as Alexander Ovechkin, Nicklas Backstrom, Mike Green and Braden Holtby.

For years, the Capitals have been one of the better performing teams at home. That record is just one of the many statistics to consider when analyzing Washington’s next opponent.

Some other intangibles to consider are injuries, which players are being rested and who is starting in goal for the next game. When the Capitals are healthy and on a lengthy homestand, they are tough to beat.

There’s always a little more pressure on the Capitals when they play one of their seven Metropolitan Division rivals — especially those they have some playoff history with like the Pittsburgh Penguins and New York Rangers.

My Team's Next MatchWashington Capitals

The NHL regular season generally runs from October to April, with each team playing 82 games. Each team plays either four or five games against the other teams in its division as well as playing all non-divisional teams in their own conference three times. The remaining games of the season are inter-conference play, allowing every team in the league to play every other team twice.

The Capitals are one of eight teams in the Metropolitan Division and one of 16 in the Eastern Conference. These standings help bettors pick out the Capitals’ overall position from the league’s other 30 teams. It also offers other interesting statistics like Washington’s record at home and on the road.

It’s game night and time to decide if the Capitals are worth the risk in betting on tonight’s contest.

If Ovechkin is healthy, the Capitals always have a chance against any opponent. But it takes more than one superstar hockey player to win a game, so don’t get caught up in all the “Ovie” hype.

Here are some of the most important stats and trends to look for when deciding on your wagers:

All of these options will help a bettor make an educated decision on whether to “play” the Capitals in their next game or not.

Obviously, there are no sure things in the world of gambling. But if the Capitals are on a four-game winning streak and they’re playing a team that they have a winning record against, it is a good bet to pick the Capitals.

There are three basic bets offered on all NHL games at online sites like Bovada — the money line, puck line and over/under totals.

Money line betting is simply wagering on the contest based on a given price rather than a point spread. The team wagered on has to win the game outright, regardless of the score.

Let’s use this game as an example for money line betting: The Pittsburgh Penguins (+110) are at Capital One Arena to take on the Washington Capitals (-130).

NHL puck line betting is a point spread where the line is fixed at +/- 1.5. It works as an advantage for the game’s underdog by leveling the playing field between both teams. The underdog can still lose the game by a goal but win the puck line bet.

A total, or over/under, bet is a wager on the total number of goals scored by both teams in a game. Oddsmakers set the mark and the bettor decides if the total will be over or under the betting line.

Online sites also offer proposition bets on each game, which include predicting the score after each period, how many goals a certain team will win by, alternative puck lines, and many more.

There’s also future betting on whether the Caps will win the Eastern Conference or the Stanley Cup. Even though future odds change throughout the season and playoffs, your odds are fixed when you make your bet on Washington.