How To Bet On Formula 1 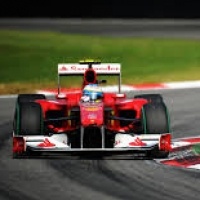 Formula One, or F1, as it is more commonly known, has been in existence since 1950 and is viewed as the world’s most prominent and viewed auto racing tournament. Races are contested at tracks spanning the globe and by drivers from all corners of the world. Each new season throws up new conundrums, fresh questions to be answered and a gripping challenge for the season ahead.

Not for nothing is Formula 1 considered one of the most exciting motor sports on the planet.

Betting on Formula One: The Contenders

Because parity is not a quality that has found its way into F1, for the most part at least. Generally, no more than a half-dozen drivers will carry a legitimate shot of winning into any race, and to be entirely truthful, that’s probably a generous and optimistic estimate.

Last season, Lewis Hamilton sauntered to his fifth title in fairly comfortable fashion, rarely coming under sustained pressure from any of his rivals in the Drivers’ Championship. He closed out the competition in Mexico at the end of October with two races to spare, and it is to be hoped that the 2019 season brings a closer challenge to Hamilton’s prestige and pedigree – although the grueling F1 schedule may well go some way to slowing him down in 2019.

So, while the high odds on other drivers might seem attractive, it’s essential to realize that in F1, long shots are fool’s gold and are not, generally speaking, worth the risk. Wager on them and all you will be doing is making a donation to the sports book. On the flip side, being able to narrow the field down so significantly before the race even starts offers you a wonderful opportunity to cash a winning ticket, although odds are usually shorter on favourites than in other sports.

By instantly recognizing who is on the short list of drivers with a realistic chance of winning both a race and the overall Drivers’ Championship, you’ve already taken a huge step toward becoming a successful Formula One bettor and increasing your potential earnings from the sport. Let’s look some other helpful hints that can drive you toward that winning wager.

For starters, pay attention to which driver is starting with the pole position. In most forms of auto racing, being on the pole is not that significant, but in F1, more often than not, due to the limited passing opportunities available at many of the F1 Grand Prix circuits, it can translate into victory.

Another key factor to keep in mind is the assigned pecking order on F1 teams. Teammates in IndyCar and NASCAR stop being teammates once the green flag flies. That usually isn’t the case in F1. There is an A and a B driver on each team and drivers are under what is known on the circuit as team orders. The B driver is to let the A driver pass him to win a race, and a B driver is never to pass the A driver for a race win, even if he is at the wheel of the superior car on that given day. This especially holds true if the A driver is in the hunt for the world title. That’s why it’s vital to know who the Alpha Dog is on all of the top F1 teams before you bet on the race.

Types Of Formula One Bets

Along with the atypical straight win bet, there are a variety of wagers in play at anytime when it comes to Formula One racing. Betting on who will end up as the fastest qualifier is an option offered prior to every race, and much like the race itself, the list of contenders is generally a short one. In 2018, for example, pole positions for the 20 races were shared between no fewer than seven drivers – Daniel Ricciardo, Valtteri Bottas, Max Verstappen, Kimi Raikkonen, Sebastian Vettel, Lewiss Hamilton and Kevin Magnussen.

There is also a wealth of prop bets on offer each race week. You can wager on the nationality of the winning driver, and on which driver will be the first to retire from the race. There are enticing prices offered on the odds of each driver finishing in the top six for a particular race and thus gaining points in the world championship standings. There are bets on the board as to which driver will turn the fastest lap during a race, and often sports books will put forth a prop asking you to speculate on an exact finish of a particular driver in a particular race.

You will also discover a number of future bets on F1 racing, including which driver will win the points title, known as the Drivers’ Championship, and which team will garner the Constructors’ Championship. As the season progresses and clear favorites emerge, some sports books will put forth an either/or wager pitting the current leader against the field.

These are the two most commonly made bets on F1 racing when taking the entirety of the season into consideration and it will come as no surprise to see that defending champion Lewis Hamilton comes into the 2019 season as the overwhelming favourite to defend his individual crown. Having won 11 races last season, the Brit driver is priced at just -138 to defend his crown after such an impressive display in the previous campaign.

As has been the case over the last few seasons, his closest rival is likely to come in the shape of Sebastian Vettel. The German driver endured a hugely disappointing 2018 campaign as he failed to offer a sustained challenge to Hamilton, and bigger things are certainly expected over the next 11 months. Vettel comes in at +333 to finish top of the pile and he will have his work cut out to do so – greater consistency will be needed.

And one name to keep an eye on will be Max Verstappen. The 21-year-old is the most exciting up and coming driver on the circuit and after winning two Grand Prix races last season could well go on to bigger and better things this season. He is priced at +450 to win the drivers’ title.

Then there is the constructors’ championship, and again it will hardly be a shock that it mirrors the drivers’ championship. Mercedes, whop Hamilton drives for, are the favourites for the title at -163, while Vettel’s Ferrari come in second at +275 with Red Bull, who boast Verstappen, only slightly higher to triumph at +350.