How To Bet On Miami Heat 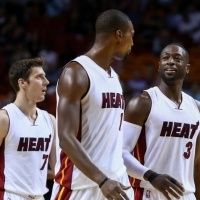 Few teams in the NBA have enjoyed as much recent success as the Miami Heat. President Pat Riley is on a perpetual mission to keep them not only relevant, but in championship contention, and that can make them one of the more fascinating basketball bets. The upshot here is that the roster is constantly changing. The Heat invest a ton in free agency and are forever shaking up the roster—even during the middle of the season, as they look to duck certain tax penalties. [+]

This, in turn, demands intense scrutiny on the bettor’s behalf Miami isn’t so much a hot-and-cold squad as it is one that experiences gradual progression. They’re seldom constantly in the same place. They’re either rising or falling, and those rises and falls are extensive—hence the absence of the hot-and-cold factor.

Make sure to keep up with their play style as much as you can. Are they a half-court team? Fast-paced group? Their identity doesn’t change a lot during the season, but it shifts more than most over the offseason, and then the Heat spend a good chunk of the schedule mastering it. So look for those rises and falls, whether they come on defense or offense or both, and structure your bets in accordance with them.

There is never a more important game than the next one. Remember that. Looking ahead is paramount, but not losing sight of the moment is even more imperative. [+]

It’s here that you can remind yourself of Miami’s next opponent. Study that foe well. You’ll want to know as much as possible about them before placing your bets.

My Team's Next MatchMiami Heat

Sure, most of your attention should be devoted to the closest possible contests. But viewing the big picture is never a bad thing. Try to research future opponents in advance as time allows. [+]

You’ll still want to make adjustments based on the NBA’s 24/7 news cycle as those matchups approach, but having a direction in mind—a flexible one, of course—makes you that much more prepared come game day. And that, also, is never a bad thing.

Ensure that standings research is part of your daily betting ritual. This is valuable for individual games, since you should have an idea of how far ahead or behind Miami sits from its opponent. [+]

More importantly, though, it’s always good to have a firm grasp on the Eastern Conference playoff picture. That helps you plan future bets for specific teams, including the Heat. You can get by on individual game bets by not looking at the East’s standings. It isn’t the West, where there is a distinct pecking order. So many of the East’s teams are within striking distance of one another that daily standings only do so much.

Taking these win-loss records in before placing any championship or conference bets is nevertheless a necessity.

Since the Heat are so prone to retooling, they're always in the rumor mill. Checking out their latest news and notes is standard practice for every serious bettor, which means it should hold true for you.

Everything from free-agency and trade chatter, to roster cuts and additions, helps shape Miami's win total, championship odds, conference championships and even individual game lines. That's what frequent change does.

The offseason is when you'll want to monitor the rumor mill like a hawk. Riley is always positioning the Heat for big-name free-agency adds, and the signing of a marquee name drastically changes their immediate outlook. Whenever they gain—or lose—a key player, you'll want to assess whether it makes them substantially better or worse, and try to place your future bets before the odds move out of your favor or are taken off the sportsbook slate altogether.

In these situations, it's preferable that you not gamble too much of your purse. Sizable bets are OK, but you don't want to invest too much in an unknown commodity. The odds may be in your favor, but it's impossible to measure intangibles such as team chemistry before the season starts. Even if a particular futures bet seems too good to be true, tackle it with reservations. Set an appropriate limit—one that allows you to properly bask in potential winnings without putting you in a position to regret your decision should you lose.

Wade Along With Dwayne