How to Bet on Newcastle 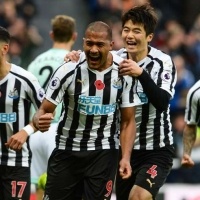 Newcastle United are an English Premier League team who play their home fixtures at St. James’ Park and who are known to t heir supporters as “The Magpies” due to their black and white kit.

The Magpies have won the First Division title on four occasions, although not since the 1926-27 season. Newcastle United have also won the FA Cup six times, again, it has been a while since any silverware has been lifted aloft as their last FA Cup victory came in 1955.

Newcastle were promoted to the Premier League at the end of the 2016-17 season after winning The Championship only one season after being relegated from the top flight. They finished 10th in their first season back in the Premier League under the guidance of Rafa Benitez, a remarkable achievement considering Benitez was not given many funds to strengthen his squad.

Supporters of Newcastle are highly passionate and have high expectations for their beloved team, but the Newcastle owner has publicly put the club up for sale and refuses point blank to support his manager in the transfer market. This could and will likely lead Newcastle to spend the majority of the season looking over their shoulder and flirting with relegation, although they should eventually finish in a mid-table position with the players they have at their disposal.

Newcastle’s home ground is not somewhere that other teams like to travel to thanks to more than crowds of more than 50,000 being common when the Magpies are at home. This gives Newcastle a significant home advantage. Are they on home soil this week? Let’s find out.

Check out the full Newcastle United schedule and see if there are any spells where they face several of the Premier League’s top teams in quick succession. There is a period at the start of the New Year where they take on Manchester United, Chelsea, Manchester City and Tottenham Hotspur in their first five games of 2019. Do not expect Newcastle to experience much joy during this period.

Can Newcastle United build on their 10th place finish last season by challenging for a top eight or top six finish? Pundits and experts around the world do not think so due to a lack of investment. Is the lack of spending hurting Newcastle’s Premier League chances? Let’s take a look at the current standings and find out.

What Newcastle United Bets Should I Make?

Newcastle United’s best period in recent history came in the early 1990s when the managed to finish third, sixth and were the Premier League runners-up twice. In those days they had the likes of Andy Cole, Les Ferdinand and the legendary Alan Shearer playing for them. Presently, they have Salomon Rondon, Ayoze Perez and Yoshinori Muto leading the line, something of a fall from grace.

Goals were quite difficult to come by for Newcastle last season with the team averaging 1.03 goals per game and conceding 1.24 goals per game. This led to 16 of Newcastle’s games triggering the over 2.5 goals market.

Remarkably, only one of Newcastle’s Premier League fixtures last season ended in a 0-0 draw despite them failing to score in 14 games. Ayoze Perez top scored last campaign with a mere eight goals and unless Newcastle buy themselves an out and out goalscorer this could be a long season again.

It is quite rare for Newcastle to draw games.

Only eight of their fixtures last season ended in a stalemate compared to 12 victories and 18 defeats. Eight of the wins came on home soil where Newcastle are much stronger; they only conceded 36 percent of their 47 goals at home (17).

If you’re looking to bet on Newcastle, make sure it is against the lesser teams of the Premier League. They have a poor record in games against the top six teams but tend to perform well against the sides occupying the bottom half of the table.