Is Sports Betting Legal in Michigan? 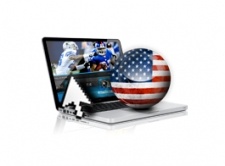 Michigan is one of the many states that is open to the sports betting industry, but it now has to enact new laws and regulations before players can make their bets at any of the state's casinos.

In 2017, legislation was introduced to amend the state's current gaming control law. Michigan's proposed bill would allow any holder of a casino license to "accept wagers on sporting events."

The state's gaming board would be required to oversee the "rules to regulate the conduct of sports betting under this act." In 2018, the Michigan legislature adjourned without action on the sports betting bill.

There are options available online, however, at top sites like Bovada and TopBet.

Almost 10 million people live in the Wolverine State. Lansing is the state capital, while Detroit is its largest city with nearly 700,000 residents.

Gambling, whether it's poker at Greektown Casino in Detroit or the slots at Firekeeper's Casino in Battle Creek, is regulated at the state level.

All legalized gambling within Michigan is limited to the following areas:

Michigan has 23 Native American casinos spread across the state, but another sizable chunk of the state’s gambling revenues comes from three state-regulated casinos in Detroit.

The three facilities take in more than $1 billion in revenue annually and last year paid more than $100 million in taxes to the state.

The MGM Grand Detroit, MotorCity Casino Hotel and Greektown Casino Hotel have additionally contributed more than $2 billion in taxes directly to Detroit in the past 20 years and are the city’s third-largest source of revenue. Greektown is the biggest casino in the state.

There are no regulations, taxes or fees associated with daily fantasy sports operations in Michigan and there are currently no plans to introduce any.

The fact there is no legislation clarifying its legality hasn’t stopped Michigan residents from playing. Estimates suggest Michigan has more than 37,000 active DFS players. Those players are responsible for almost $70 million in annual entry fees — the 10th most of any state.

Horse racing is a dying sport in Michigan. Hazel Park closed after 70 years of racing and Northville Downs will soon become a housing development. These were the last two operational tracks in the state.

All nine Michigan tracks have closed since the late 1990s.

In August 2014, the Michigan Lottery re-launched its website, giving players the opportunity to buy tickets for some draw games and a host of "virtual" scratch-off games over the Internet.

Michigan has no regulatory framework to take sports bets of any kind currently, but with the federal ban revoked, it could join other states in accepting bets if and when it's legalized by the state legislature.

Lawmakers in Lansing would have to determine the parameters for sports betting, how it would be regulated online and how it would be taxed. The government would also have to figure out how the Native American-run casinos, which work on a compact with the state, would implement sports betting.

"We want to make sure we roll out the right legislation that makes sense," Rep. Brandt Iden said. "We want to take our time, get it right, work with the stakeholders, and make sure it really is model legislation."

Originally based in Portsmouth, Ohio, and called the Portsmouth Spartans, the team formally joined the NFL in July 1930.

The Detroit Lions have won four NFL championships, tied for ninth overall in total championships amongst all 32 NFL franchises. However, their last was in 1957, which gives the club the second-longest NFL championship drought behind the Arizona Cardinals.

They have also won seven conference titles and nine division titles, many of them in the Bad Boys era from 1980 to 1994.

One of the American League's eight charter franchises, the club was founded in Detroit as a member of the minor league Western League in 1894. The Detroit Tigers are the oldest continuous one-name, one-city franchise in the AL.

The Detroit Red Wings, founded in 1926, have won the most Stanley Cup championships of any NHL franchise based in the United States (11) and are third overall behind two other Original Six teams in Montreal (24) and Toronto (13).

The Wings are one of the most popular and successful franchises in the NHL. Fans and commentators often refer to the city as "Hockeytown," which has been a registered trademark owned by the franchise since 1996.