Is Sports Betting Legal in Nevada? 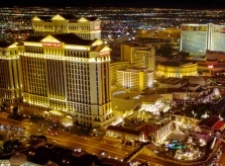 Maybe a better question is, what isn't legal in Nevada?

It all started in 1931 when Nevada legalized most forms of gambling. But it took a few decades to take root.

After World War II, when enforcement of gambling laws became stricter in other parts of the country, Las Vegas became an attractive target for investment by East Coast crime figures. Las Vegas rapidly developed during the 1950s and soon became the center of gambling in the U.S.

Today, there are 334 casinos in the Silver State, according to the Nevada Gaming Control Board.

Gambling, whether it's sports betting or slot machines, is regulated at the state level. Generally speaking, all legalized gambling within Nevada is limited to the following areas:

Even though most states in the U.S. offer lotteries, Nevada does not. Nearly 30 attempts to establish a lottery in Nevada since 1975 have failed, primarily because of gaming industry opposition.

But who has time for lotteries when you have 45 casinos in the Las Vegas Strip area alone?

From Mandalay Bay to the south all the way north four miles to the Stratosphere, there are sportsbooks, nightclubs and endless Cirque du Soleil shows at such famous resorts as the Bellagio, Caesars Palace and the Wynn.

The Rio just went of the Strip plays host to the World Series of Poker every year. Championship fights and UFC title matches are held at the MGM Grand and the new T-Mobile Arena.

There is a flurry of activity every foot of this famous stretch of land, which is the destination for about 100,000 new visitors every day. Many of them make time for a selfie or group shot at the iconic "Welcome to Las Vegas" sign, which is located just south of the Mandalay Bay resort on Las Vegas Boulevard.

Las Vegas is often the place where dreams are won and lost.

Nevada legalized sports betting in 1949 alongside live and off-track horse betting. It was the first state to regulate sports betting, which had previously operated under organized crime syndicates. It was also the only state to do so until recently.

Congress passed the Professional and Amateur Sports Protection Act in 1992, which prohibited future state expansion of sports betting. Nevada was grandfathered in, so it was essentially handed a legal monopoly on single-game wagering. That ended in May 2018 when the U.S. Supreme Court rendered PASPA unconstitutional.

Whether it’s the Super Bowl, March Madness or Kentucky Derby, Las Vegas has got everything a gambler needs to bet on the main event. About $3 billion is wagered at Nevada sportsbooks each year, with roughly 95 per cent of that amount returning to those with winning tickets.

Millions of dollars are wagered on boxing and UFC championships. But sportsbooks offer so much more than just betting on a big prize fight. Betting lines are posted daily for the NFL, MLB, NHL, NBA, college sports, soccer and horse racing.

If it’s a major event in any sport, Vegas is taking action.

So your favorite team is in the championship final and you want to bet on them. You have found the correct betting line for your team, but all the different numbers look confusing. Don’t be intimidated.

• Betting against the spread: Oddsmakers have made your team the favorite, since they are -3.5 points to win the game. For you to win this wager, your team must win by four or more points. If the score in the championship is 21-17, you win the bet. If your teams wins 21-20, your team wins the game but you lose the wager since they were a 3.5-point favorite. How much do you win? In this example, if you bet $110 on the home team and they “covered” the spread, you would get a return of $210 ($110 wager plus $100 profit).

Betting lines get tricky when you play against the spread. Your team can still win the game, but you might lose your wager. In the beginning, it’s probably best to keep it simple and play the money line or over/under.

The Vegas Golden Knights shocked the sports world in their inaugural season. The expansion team, which plays its home games at T-Mobile Arena on the Las Vegas Strip, smashed many NHL records and finished just three wins away from hoisting the Stanley Cup.

As far as the NFL goes, the Oakland Raiders have several different timelines when it comes to their upcoming move to Las Vegas. The Raiders will be moving into a brand new stadium in Las Vegas in 2020, but they could be there in time for the 2019 season.

With a professional hockey and football team in Vegas, can a baseball and basketball team be far behind?