How To Bet On LA Lakers 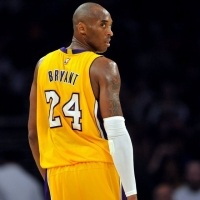 After roughly a half-decade of existing in the NBA doldrums, the Los Angeles Lakers are finally back on the map. Though they may still fall short of championship contention, the addition of LeBron James, still the league’s best player, has changed everything for their rebuild.

Developing youth remains part of the Lakers’ plan. Brandon Ingram, Lonzo Ball, Kyle Kuzma and Josh Hart are all still important to their long-term goals. But the acquisition of LeBron sets the stage for, at the bare minimum, a long-awaited return to the playoffs—and perhaps something more.

Keep track of the Lakers’ next opponent right here. While NBA betting lines usually aren’t released until the night before, if not the morning of, scheduled games, glancing ahead at least allows you to study the play style of their next adversary.

My Team's Next MatchL.A. Lakers

Studying the Lakers’ schedule in its entirety is a great way for bettors to spot opportunities and discrepancies, even when they won’t have access to lines days and weeks in advance.

For instance, if you see that the Lakers have a 10-game stretch in which they’re primarily facing powerhouses like the Golden State Warriors, Toronto Raptors, Houston Rockets and Milwaukee Bucks, you’ll know to pay close attention to their eventual underdog spreads. You might also be able to identify a long road trip, a cluster of back-to-back tilts and extended home stands—all circumstances that will dictate how favorably you view the Lakers’ betting odds.

Monitoring the Lakers’ place in the standings should never be your sole source of research, but it is a good method of measuring their championship mettle. The best way to do this is by comparing their record to that of a know superpower—such as the reigning champion Warriors.

If the Lakers are within striking distance of Golden State, that would be your cue to treat them as title threats. If they’re not that close to the Warriors or if they’re falling outside the Western Conference playoff bubble altogether, you’ll know to pass on their championship futures for the time being.

As of now, you can see they’re not really all that close to the NBA’s foremost contenders, which should be your signal to sit tight.

Here is some direction has you consider how to view the Lakers at the sportsbooks during the 2018-19 NBA season and beyond.

Be Wary Of Lakers Spread Bets

Oddsmakers always tend to overestimate the importance of having LeBron James in the regular season. They did it when he was with the Miami Heat. They did it during his second stint with the Cleveland Cavaliers. Now they're doing it again as he begins his tenure with the Lakers.

When Los Angeles is a favorite, they're a heavier favorite than they should be. When they're an underdog, the line is almost always miniscule, depending on the opponent. Oddsmakers look at LeBron's numbers and automatically assume the Lakers will be in a position to win, if not dominate, every single night.

Scheduled absences and the second night of back-to-backs change the calculus sometimes, but that's about it.

And that propensity for overvaluing LeBron is misleading. Not only is a lion's share of the Lakers' supporting cast young and prone to mistakes, but James tries to conserve his efforts during the regular season, particularly on the defensive end. He instead prefers to save his best stuff for the playoffs.

All of which explains why the Lakers may very well be the worst spread bet in the NBA. Don't take our word for it. The numbers speak for themselves. The Lakers are covering their lines approximately 35 percent of the time—the absolute lowest mark in the entire league.

Rather than placing stock in their spreads, it makes more sense to play single-game moneylines and over/under wagers.

Are The Lakers Title Contenders?

This tendency to overrate whatever team LeBron plays for isn't just limited to individual game lines. It extends to the championship discussion as well.

Yes, the Lakers are playing like a top-10 defensive team. But they have too many floor-spacing liabilities at the offensive end, and we cannot undersell their lack of star power. They have James, a few promising kiddies, and a bunch of over-the-hill veterans.

That's not enough for them to meet the championship standard. All roads to a title still lead through the Warriors, and the Lakers are not built to beat them four times over the course of a seven-game series.

Completely counting out a LeBron-led team is always foolish. Before betting on the Lakers to win the championship, though, you need to see their odds slide past +3000—or see them trade for another star. Only then will they be laying good value relative to the product they've assembled around James.