How To Bet On San Jose Earthquakes 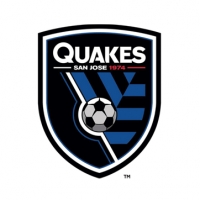 San Jose Earthquakes play in the Western Conference of Major League Soccer and have done since the league’s creation in 1996, although they were known as the San Jose Clash back then. Before being a part of MLS, the Quakes had roots in the North American Soccer League from 1974 to 1993 and boasted of having the legendary, and now deceased, George Best on the books. Best scored 21 goals in 56 games for the Quakes and an incredible 33 goals in 21 games playing indoor soccer. [+]

After the 2005 season, the franchise took a two-season hiatus from MLS as the then-owner relocated the team to Houston and created an expansion team that would eventually be known as the Houston Dynamo.

Since returning to the MLS ins 2008, with the exception of winning the Supporters’ Shield in 2012, the Earthquakes have not got anywhere near their previous high finishing positions. In fact, since that brilliant 2012 season, the Quakes have finished sixth, ninth, seventh and ninth, the latter being the result of an 8-12-14 record in 2016.

My Team's Next MatchSan Jose

Keep this page bookmarked if you like to bet on the San Jose Earthquakes because it shows all of the Earthquakes’ schedule, including available betting odds for each fixture.

San Jose Earthquakes supporters are hoping their team can reproduce the conference winning form of 2005 and 2012. Take a look below to see how the Earthquakes are doing.

This season is the third in the Avaya Stadium so one would expect the San Jose Earthquakes to further improve on their 7-3-7 home record.

Only losing three games from 17 on home soil is an impressive record. If only they could have turned more of those draws into victories but there is reason for hope in San Jose.

Away from home, the Earthquakes were dire in 2016.

They only one once (1-9-7). Only the Portland Timbers, who failed to win away, and Chicago Fire, who won once but lost 14 games on the road, fared worse that the Quakes.

Before betting on the Earthquakes, check whether Chris Wondolowski is on the team sheet. The Quakes only scored 32 times in 2016, of which Wondolowski bagged 12. The USA national team forward has been the franchise’s top scorer for the past seven seasons.