How To Bet On Boston Bruins 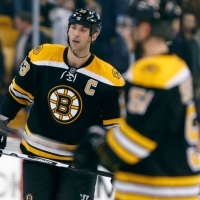 Betting on the Boston Bruins is a religion for many sports gamblers. They’re one of the NHL’s and remain relevant even when they’re not winning a ton of games. That popularity should call to more casual hockey bettors, because it means there is more literature and general exposure to the Bruins and the way they play.

The current Bruins are a particularly exciting group for hockey enthusiasts. They have managed to keep the roster stocked with in-prime impact players without aging their core. In fact, after winning 50 games in 2017-18, they made the roster slightly younger without sacrificing anything in talent. Intriguing still, while Brad Marchand is billed at this team’s primary stud, they’re getting big-time efforts from veteran Patrice Bergeron and the 22-year-old David Pastrnak. Boston is very possibly a team with—wait for it—three stars in their employ.

Keep an eye on the Boston Bruins next game to single out promising matchups and developing trends in the league. Even if betting lines aren’t available, you should be able to look up how they’ve fared in the past against their next opponent. Scenario: The New York Rangers are the next team on tap, but you have two days before the matchup and the lines haven’t been released yet. Checking out the Bruins’ head-to-head record versus this conference rival over this season—and even last season—will give you an idea of what they’re up against.

My Team's Next MatchBoston Bruins

You can scope out promising matchups in advance by checking out the Boston Bruins regular season schedule, while scouting less demanding stretches.

If you notice an upcoming road trip through a region with mediocre teams, or a long trip where the team usually struggles, you’ll be able to make your bets accordingly.

The best bettors won’t just look at the Bruins’ next game to take stock of their sportsbook appeal. They’ll plan even further in advance by perusing this comprehensive schedule. Though you won’t have lines available for games set to take place days and weeks in advance, you can try to spot problem or opportunistic areas—stretches in which the Bruins are playing on little to no rest, against cupcake opponents, versus superior teams, etc. Pay special mind to intense rivalry matchups with fellow Atlantic Division inhabitants like the Toronto Maple Leafs, Tampa Bay Lightning, Montreal Canadians and Buffalo Sabres.

Keeping tabs on the Bruins’ place in the standings is paramount for midseason futures. If you want to know whether their division, conference or Stanley Cup odds are worth deeper consideration, just check out where their win-loss record stands relative to other known contenders in the same category. Teams like the Leafs, Lightning, Columbus Blue Jackets, Nashville Predators and Winnipeg Jets currently act as the best measuring sticks.

Scroll through some of these tricks of the trade in order to make the most efficient investments in the Bruins.

Understanding the Bruins' play style is crucial to extracting the most betting value from them on a game-by-game basis. Luckily, where it can be hard to spot the identity for certain teams, Boston has a distinct angle when approaching every contest.

Scoring is important to them. Their three best players—Brad Marchand, David Pastrnak and Patrick Bergeron—all hang their hat on the more glamorous end. But the Bruins place a larger emphasis on committee defense. They lean on the few to carry them offensively and deploy a deeper and more terrifying collective on the defensive end.

Matt Grzelcyk, Charlie McAvoy, Torey Krug and Zdeno Chara are all among the Bruins' leaders in plus-minus. They also all happen to be defensemen. That's no accident. They make life easy on goalies Jaroslav Halak and Tuukka Rask, and they're the primary reason why Boston ranks in the top five of points allowed per game.

Granted, some cracks in the armor exist. The Bruins are middle of the road when it comes to killing penalties. But the final scores of their games don't lie. Nearly 65 percent of contests have finished in the under through the first part of 2018-19. Even if that trend normalizes as they reach the halfway point and beyond, their defensive intensity renders them a solid under bet regardless of whether they're facing off against elite or lower-level offenses.

Are The Bruins Stanley Cup Contenders?

Most sportsbooks are in agreement: The Bruins belong in the Stanley Cup conversation. For 2018-19, Bovada has never given them worse than top-seven odds, and they've thus far climbed as high as fourth.

This is...a little disappointing. Bettors should expect more balanced performances from the top-most Stanley Cup threats, and Boston's offense, as already noted, is a work in progress. It will be a shocker if they finish in the top half of goals scored per game.

Hockey Reference's Simple Rating System (SRS), which uses point differential and strength of schedule to cumulatively rank every team, supports this notion that Boston is currently being overestimated. They have jumped between sixth and eighth in SRS, never cracking the top five. That's odd at best for a preordained contender and a big red flag at worst.

Still, if the Bruins are laying four-figure odds or higher—i.e. +1000 and above—that's pretty good value. A better offense would be nice, but defense is of the utmost importance in playoff settings.

Within an Eastern Conference hierarchy that features minimal statistical gaps between the top-ranked Maple Leafs and middle-rung squads like Boston and New York, the Bruins have the ability to pan out as a Stanley Cup bet.