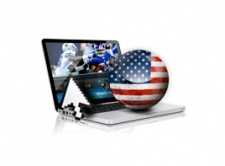 New Mexico became the sixth state to allow sports betting in 2018 after the U.S. Supreme Court struck down the federal ban that prohibited the activity in most states.

Sports betting in the Land of Enchantment is currently limited to on-site wagering only.

Bettors can now wager on NFL, MLB, NBA and NHL games, along with college sports, at the Santa Ana Star Casino Hotel, located just outside of Albuquerque. The operation is overseen by Pueblo of Santa Ana, a small Native American tribe.

Betting on University of New Mexico and New Mexico State games, however, is not yet allowed.

As with most U.S. states, regulators have done little to limit online gambling. Bettors in the state sign up and enjoy playing today at top-ranked sites like Bovada.

More than two million people live in the state of New Mexico. Sante Fe is the capital, while Albuquerque is the largest city with almost 560,000 residents.

New Mexico gambling laws — whether it's betting on horse racing at Ruidoso Downs or the slots at Zia Park Casino — are regulated at the state level by the New Mexico Gaming Control Board.

All legalized gambling within New Mexico is limited to the following areas:

Residents must be 18 years old to play the state lottery and bet on horse racing. They must be 21 to play casino games, whether it's the slots, blackjack or poker.

New Mexico has more than two dozen casinos with most of the establishments located in the northeast section of the state. Four casinos are actually within walking distance of one another in Albuquerque, including the biggest in the Sandia Resort and Casino.

Most casinos in New Mexico are Native American located on reservations; with only two being commercial casinos. There are a total of 29 casinos and pari-mutuel facilities which are spread out across 18 cities throughout the state.

Nearly all of New Mexico’s Native American gaming tribes reported year-over-year growth in slot machine winnings from their casinos in 2018, with some Northern pueblos among those posting the biggest gains.

Racing in New Mexico started around 1938 when non-wagering races were run at the New Mexico State Fair at Albuquerque. Pari-mutuel wagering was approved around the mid-1940s.

Racetracks saw steep declines with the expansion of gambling on reservations. The state's two racetracks — Ruidoso Downs and Sunland Park — lobbied to add slots, becoming the only two New Mexico racinos in the state. They prevailed in 1998, but the tax rate is 46.25 per cent for these games; one of the highest in the country.

The state lottery, which was established in 1996, sells scratch-off and lottery tickets, including the option of playing in national draws for Mega Millions and Powerball. The New Mexico Lottery reported an increase in ticket sales in the 2018 fiscal year.

The largest prize to date won on a ticket bought in New Mexico was for the Powerball drawing on Sept. 27, 2008. The ticket was worth $206.9 million.

The news that a sports book was opening in October 2018 caught many industry observers by surprise as New Mexico had not introduced a bill during 2017 or 2018 to authorize sports betting at any of the state’s numerous tribal gaming facilities.

As the casino is operated by the Tamaya Nation at the Pueblo of Santa Ana under the jurisdiction of tribal laws, it claims to have been able to go live without the New Mexico legislature regulating sports betting.

“We have found that there is tremendous demand for Nevada-style retail sports book operation in a multitude of casinos throughout the U.S.,” said Vic Salerno, president of USBookmaking.

Salerno said Santa Ana Pueblo may not be a pioneer for long. He said other Indian casinos are well into the process of starting their own sports books. He said the profits for the casino are proven to be steady and predictable.

Various online casinos are open to residents of New Mexico, and you will find that the options are nearly limitless, but Bovada is often regarded as the best in the business with its excellent customer service and support.

One of the biggest draws to the offshore website is a unique style of wagering called "live betting." Odds on the money line, point spread and over/under totals change, offering bettors a fast-paced gambling experience throughout the entire game. Just because the football score is 28-3 at halftime, it doesn't mean there isn't money to be made on the favorite or underdog.

There are no major sports teams in New Mexico. The closest major markets are Denver in Colorado to the north, Phoenix in Arizona to the west and Dallas in Texas to the east.

Football wagers — on NFL teams like the Dallas Cowboys and Denver Broncos — took off in October when the state's first sports book opened. Lineups to place bets can be expected for such events as the Super Bowl and March Madness.