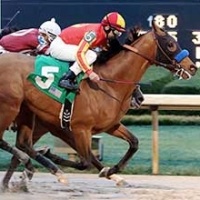 As the second of the three major stakes races for three-year-old horses at Oaklawn Park Race Track in Hot Springs, Arkansas, the Grade 2 Rebel Stakes is typically held in mid-March, and is run on the dirt over 1 1/16 miles, offering a total purse of $900,000. As a qualifying race for the Kentucky Derby, the Rebel awards points to the first four finishers toward a spot in the Derby on the first Saturday in May on a 50-20-10-5 scale. It is also considered a major prep race for the Arkansas Derby, held one month later.

If you can’t watch the race in person, you can still bet and track the Rebel Stakes results with an account at one of these top-rated racebooks, while also benefitting from first deposit and cash back bonuses that help to increase your return on investment.

How to Win Rebel Stakes Bets

When looking at recent past results as a handicapping strategy to win your Rebel Stakes bets, one thing instantly stands out - bet horses trained by Bob Baffert. The legendary California-based trainer has simply dominated the Rebel over the past few years, winning six of the last seven races. But outside of the "Baffert Effect" there are a few other things to note when looking for a possible Rebel Stakes winner on your betting ticket.

Leaving aside the 2015 win of American Pharoah - simply because the Triple Crown winner is clearly in a class of his own - one thing to consider is that four of the other five most recent winners had made at least two starts on the year prior to winning the Rebel. The one exception is Secret Circle (yes, a Baffert-trained horse) who took the race in 2012 in just his second start of the year.

But Secret Circle can also be considered a bit of an outlier, as he was a natural sprinter, having already won the Breeders' Cup Juvenile Sprint in 2010, and was proabaly at his distance limit in winning both the 1 1/16 mile Southwest Stakes and the 1 1/16 mile Rebel. The best evidence for this may be that when stetching out to 1 1/8 miles in the Arkansas Derby, he finished second by more than nine lengths. Typically, bettors should be wary of horses with a sprint pedigree stepping up to run a distance in the Rebel.

Primed For A Winning Run

Although two of the five (non-Pharoah) most recent winners of the Rebel came into the race off of losses in their previous effort, it could be said that in both cases there were signs the horses were primed for a winning run. In the case of Hoppertunity in 2014, he tried the Risen Star Stakes at Fair Grounds prior to the Rebel, where he had a very bad trip, continuously racing further and further off the rail unti he was six-lanes wide coming down the stretch.

In effect, he ran much farther than any other horse in the race, but was able to make up several lengths on those in front of him and he was closing fast on the leaders when he ran out of track to finish fourth. Even when a horse doesn't win a race, how they are moving at the end of their previous effort is always a very telling sign of how they might perform in their next race, and in Hoppertunity's case, he ran very strongly next time out to win the Rebel.

The other horse to come into the Rebel and win following what at first glance appears to have been a poor performance was Will Take Charge in 2013. After taking a very slow Smarty Jones Stakes at Oaklawn in his first start of the 2013 season, he then came back to run sixth in the Southwest Stakes. But a quick glance at the form chart for that race could indicate a reason for his poor performance - the track was sloppy on that day, a condition that Will Take Charge simply did not like.

He pretty much ran in place for the whole race, only passing a few tired horses near the end, and for a horse of his calibre (he would go on to win four more graded-stakes races) a dull effort such as he gave in the Southwest can be explained away. Given a fast track one month later in the Rebel Stakes, he showed his true class to win at odds of 28-1.