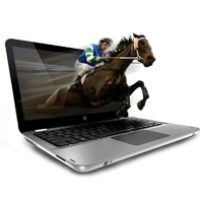 Nestled in the heart of New Orleans, Fair Grounds Race Course has been a part of the landscape in Louisiana since 1852. The historic racetrack has the distinction of being the third-oldest racetrack still operating in the United States. The horse racing and breeding industry in Louisiana continues to be bolstered by expanded gambling in the state. Slot machines were added to the track in 2008. [+]

Fair Grounds Race Course has a one-mile main track and inside that there is a seven-eighths of a mile long turf course. Live racing season typically begins in November and runs through early April each year. The premier race is the $1 million Louisiana Derby which is a major prep race for the Kentucky Derby.

Fair Grounds Race Course attracts the top trainers, jockeys and horses in the country and also has a strong, competitive contingent of locally-based outfits. The track hosts numerous graded stakes races throughout their season.

The biggest and most prestigious race held every year at Fair Grounds Race Course is the Louisiana Derby, a top tier prep race for the Kentucky Derby. The Grade 2 event is contested at a mile and an eighth and offers a generous purse of $1 million. Though the last horse to win the Louisiana Derby and go on to win the Run for the Roses was Grindstone in 1996, the race still routinely attracts a quality field of promising three-year-olds.

In 2016, Gun Runner won the Louisiana Derby and has turned out to be one of the best horses in his crop. He was a major contender throughout the Triple Crown season and has developed into a top older horse.

The filly equivalent of the Louisiana Derby is the Fair Grounds Oaks, a Grade 2 race for three-year-old fillies with a purse of $400,000. The race is regarded as a prep race for the Kentucky Oaks and is run at a mile and a sixteenth on the main track.

The Fair Grounds Oaks has produced numerous Kentucky Oaks champions including Blushing K.D., Ashado, Rachel Alexandra, Untapable and more. The stakes record was set in 1997 by Blushing K.D. when she stopped the clock in 1:42.20. In 2016, Land Over Sea won the Fair Grounds Oaks for trainer Doug O’Neill and went on to finish second in the Kentucky Oaks.

There are plenty of top class options for turf horses at Fair Grounds as well. Their biggest race on the lawn, the Mervin H. Muniz Jr. Memorial Handicap, is a Grade 2 event with a purse of $300,000 run at a mile and an eighth.

The race routinely attracts some of the top turf trainers in the country like Chad Brown, Graham Motion and Bill Mott. In 2016, Mott won the race for the second time with Take the Stand (ARG) and in doing so the horse set a new stakes record of 1:47.80.

The older male division is featured in the New Orleans Handicap, a Grade 2 event held at a mile and an eighth on the dirt with a purse of $400,000. The race dates back to 1924 and has a rich history showcasing some accomplished horses including Breeders’ Cup champions Wild Again and Mineshaft.

The New Orleans Handicap was won in 2016 by S’Maverlous who pulled off the upset at odds of 20-1 in his first start against stakes competition.

The Rachel Alexandra Stakes was previously known as the Tiffany Lass Stakes and has undergone some name changes over the years. It was renamed the Silverbulletday Stakes in 2012 to honor the Hall of Fame inductee Silverbulletday, and in 2010 it was renamed again to recognize the superstar filly who won the Fair Grounds Oaks in 2009 on her way to winning the Kentucky Oaks, Preakness Stakes, Haskell Invitational and Woodward Stakes before being named Horse of the Year.

It is restricted to three-year-old fillies and is run at a mile and seventy yards on the main track with Grade 2 status and a purse of $150,000.

In 2016, jockey Florent Geroux piloted the winner for the second consecutive year when he teamed up with Steve Asmussen to win with Stageplay.