How To Bet On Colorado Rapids 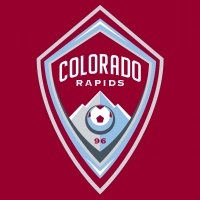 The Colorado Rapids last won the MLS Cup in 2010, which happens to be the only time the franchise has lifted the trophy. The Rapids played extremely well in 2016, finishing the season as the second seeds in the Western Conference. They made it all the way to the conference finals before losing to Seattle Sounders, the eventual MLS Cup winners. Things are looking good in Colorado and everyone associated with the club will be hopeful of going one step further in the coming seasons.

Make sure you know who the Rapids play next by scanning their next fixture below. Don’t merely scratch the surface. Do your homework before investing.

Reference the Rapids schedule regularly so you can find the best potential bets that lie in wait. Scan future games and find weak spots in their forthcoming fixtures.

The Rapids expect to be in the playoffs each and every year. Take stock of the standings to make sure you know which teams pose the biggest threat.

The addition of Tim Howard, the starting goalkeeper for the US national team for the past two FIFA World Cups, has done wonders for the Rapids confidence.

Howard, who is now 38 years old, had an immeasurable impact on the Rapids during the 2016 campaign. Colorado finished second in the Western Conference. Even more impressive, the Rapids had the league's stingiest defense by a wide margin. They were the only MLS team to allow less than a goal per game, conceding 32 goals in 34 matches.

The problem is, they had just as much trouble filing the oppostion's net. Colorado scored 39 goals in 34 games, tied for the second fewest in the league.

So the rule of thumb, until showed otherwise, is to back the under market at every possible opportunity.