Is Sports Betting Legal in Georgia? 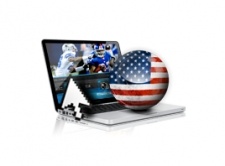 So, you live in Marietta, Georgia, and you want to bet on the Atlanta Falcons in the big game with their NFC South rivals. Your only option currently is to register online with a top-ranked offshore site like Bovada because the Peach State is closed for business when it comes to gambling.

There's no need to search the Internet for land-based casinos or sports books because there aren't any. Georgia is one of just a handful of remaining U.S. states that doesn't have commercial or tribal venues. It doesn't allow pari-mutuel wagering on horse or dog racing either. It seems that's just how most state lawmakers like it here. Every time a bill has been proposed, it dies in the legislature.

The only time a form of gambling received approval was from the voters in 1992. A referendum to amend the state constitution to allow a lottery passed, but only by a slim margin.

And, that's it within the state. If residents want to gamble, they have to travel outside the state. The best options are either the two Harrah’s Cherokee casinos in North Carolina (for northern Georgia) or Florida’s casinos in the Panhandle or Jacksonville (for southern Georgia).

More than 10.5 million people live in Georgia, a southeastern state whose terrain spans coastal beaches, farmland and mountains. Atlanta is the state capital and also its largest city with almost 500,000 residents.

Gambling laws in Georgia are regulated at the state level. All legalized gambling in Georgia, which has some of the strictest and most absolute laws against most forms of wagering in the United States, is limited to the following areas:

A bill was proposed in the 2017 state legislature to bring two casinos to Georgia — one in Atlanta and the other in Savannah, Columbus or Augustus. The bill went nowhere.

The idea of legalizing gambling in Georgia spurred a huge wave of opposition from religious conservatives and other detractors. Many united against putting forth legislation that would have allowed for the construction of a pair of “destination resort” casinos.

So, the only casino option within the state at the present time is the Emerald Princess Casino, a cruise ship out of Brunswick.

The boat is a 200-foot vessel with four decks. There are two for gaming, one for dining and an observation deck. The ship, which runs five days a week, sails into international waters to allow players to gamble beyond the reach of the Georgia state law.

There are many games offered in the five-hour cruise, including slots machines, blackjack, roulette, poker and craps.

The Georgia Lottery, which was formed in 1992, takes in more than $1 billion annually. While more than half the revenue is returned in prizes, one-third is contributed to the educational HOPE Scholarship fund. It has become a successful model for other states as well, including neighboring South Carolina.

The Supreme Court struck down a federal ban on sports betting in May 2018. Many states, like Georgia's southeastern neighbor Mississippi, moved quickly to regulate the industry and start taking bets on professional and college sporting events.

Gambling all on fronts — sports betting, casino gaming and horse racing — was a high-profile issue before the start of the 2019 legislative assembly in Georgia, but it lost all momentum once the session opened.

Where does this leave gaming, especially sports betting, within the state of Georgia? A study commission hints that gambling bills will re-emerge once lawmakers reconvene in early 2020. Any resulting legislation would have to be approved by the voters through a referendum in November 2020.

In other words, Georgia is at least a couple of years away from sports betting at a land-based venue in the state.

While Atlanta failed to keep a professional hockey club within the state, teams in the other three major sports continue to thrive.

Due to financial losses and ownership struggles, the Atlanta Thrashers were often a target of relocation rumors. The franchise won one division title in their 12-year history, which ended in 2011.

The Atlanta Falcons, which were established in June 1965, have never won a Super Bowl but have been to the league championship twice (1998, 2016). The franchise, which has made 14 playoff appearances, is one of four teams in the NFC South.

The Atlanta Hawks, which were founded in 1946, won an NBA World Championship Series in 1958. The franchise, which has featured such stars as Dominique Wilkins and Pete Maravich, has won four conference titles and five division titles — the last one in 2015.

The Atlanta Braves, which were founded as the Boston Red Stockings in 1871, have played their home games in the Georgia capital since 1966. They have won three World Series titles (1915, 1957, 1995) and 17 National League pennants. Their retired numbers include such baseball greats as Hank Aaron, Warren Spahn, Chipper Jones and Greg Maddux.