Is Sports Betting Legal in Virginia? 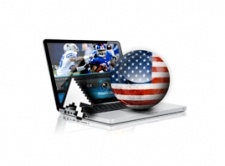 It may take a few legislative sessions for a sports betting bill to pass this year in Virginia, but a state senator predicted the industry will be legal in all 50 U.S. states within five years.

Sen. Chap Petersen's proposal won't allow wagering on college sports, but would bring millions of dollars of tax revenues into the state.

The bill “recognizes the reality that sports gambling is pretty much a reality,” Petersen said. “We’ve already done daily fantasy and that’s widespread. This is just sort of taking it to the next level where a number of states are already going.”

In May 2018, the U.S. Supreme Court issued a ruling that gave states the ability to legalize and regulate sports betting. Sports gambling was previously limited to Nevada, but it’s now sanctioned in some states and many others are considering similar legislation.

Gambling laws in the Old Dominion are relatively restrictive. While casinos and greyhound racing are prohibited at this time, the state allows horse racing and off-track betting at licensed facilities.

More than eight million people live in the state of Virginia. Richmond is the capital, while Virginia Beach is its largest city with a population of more than 450,000 residents.

Virginia gambling laws — whether it's horse racing or off-track betting at licensed facilities — are regulated at the state level.

All legalized gambling within Virginia is limited to the following areas:

The betting age for all forms of gambling in Virginia is 18 years old. There are currently no casinos in the state as residents travel to venues in West Virginia, Maryland and New Jersey to the north.

Virginia is one of a handful of states that forbids casino gambling, but lawmakers have appeared more open to changing the law in recent years.

A bipartisan group of state lawmakers say three struggling Virginia cities urgently need casinos to help revive their economies, and they are pushing to make it happen in Bristol, Danville and Portsmouth. The Pamunkey Indian Tribe is also hoping to build a casino in Norfolk, a potential rival to the planned Portsmouth casino.

The state of Virginia does not have any laws that are against online gambling, which makes it easy for residents to join top-ranked online gaming sites like Bovada. One of the most trusted gambling sites on the Internet, Bovada provides betting lines on the NFL, MLB, NBA, NHL and all the other sports from around the globe.

The site offers a welcome bonus and cash back bonuses for regular players.

Founded in 1997, Virginia's Colonial Downs racetrack was first run by the Maryland Jockey Club until 2005. Colonial Downs has not offered thoroughbred racing since 2013, due to a dispute between track management and horsemen's groups. Harness racing ended the following year, and all track-affiliated betting sites were closed in April 2015.

In April 2018, Virginia enacted a law to allow historical racing machines (similar to slot machines) at the track and at off-track betting parlors, in an effort to make it economically viable to reopen. Weeks later, the track was purchased by a Chicago-based group of investors and gaming executives. It will hold its first race since 2013 in August 2019.

There are a few off-track betting sites — like Breakers Sports Grille in Henrico — located throughout the state, with up to 20 tracks available daily for simulcast.

The Virginia Lottery, which was created in 1987, offers many daily draws and scratch ticket games. It is also one of 46 lotteries which sells Mega Millions tickets, and one of 47 offering Powerball.

Starting in 1999, a provision in Virginia's budget called for all proceeds to be assigned exclusively to education.

Virginia law has acknowledged fantasy sports betting as a game of skill and became the first state to legalize daily fantasy betting in 2016.

A growing number of state attorneys general, including those from Texas, Hawaii, Illinois and Washington, say DraftKings’ is an illegal gambling operation and have outlawed the company’s contests.

Mark Cuban, owner of the NBA's Dallas Mavericks, is also an investor in a daily fantasy sports startup. He obviously disagrees that fantasy sports is a form of gambling.

“The only people who think it’s gambling, as opposed to skill, are people who haven’t played or people who have other political agendas, because that’s also very important these days," Cuban said.

Another proposed bill — one of three introduced to the General Assembly — seeks to repeal Virginia’s current online lottery and sports betting prohibitions. It was pre-filed in November 2018 and sponsored by Del. Mark Sickles.

Some notable items in the bill:

There's no mention of retail locations within the bill, and it does not authorize the state's bingo parlors or OTB facilities to apply for a license.

Many legislators seem to agree that legalized sports betting is inevitable after the U.S. Supreme Court struck down a federal ban prohibiting such gambling in most states. With neighbouring states all discussing paths to legislation, the mid-Atlantic could soon become a hotbed for the sports betting industry.

There are no major sports teams in Virginia. The closest NFL markets to the state are the Carolina Panthers to the south, Cincinnati Bengals to the west, Pittsburgh Steelers to the north and Washington Redskins and Philadelphia Eagles to the northeast.

The two biggest Division I college athletic programs in the state are the Virginia Cavaliers and Virginia Tech Hokies.