Is Sports Betting Legal in Delaware? 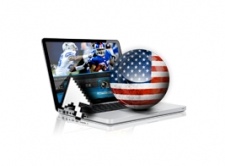 Don't let Delaware's complete lack of high-profile professional and collegiate sports teams fool you. They have a fairly robust gaming market for a state that sees most of its sporting loyalties dispersed throughout the northeast. Is it possible to be both aggressively progressive and undeniably restrictive when it comes to gaming laws? Well, it turns out that the answer is yes, it is most definitely possible.

The state of Delaware is proof. There is a lot of different legislature in place, much of which promotes different forms of gambling, but with many different unique spins.

Tribal Casinos Are Illegal, But Commercial Ones Are Fine

In a twist that doesn't apply to many other states, Delaware doesn't allow for the existence of tribal casinos. Commercially operated ones, on the other hand, are quite alright.

There is no one reason why Delaware's layout is like this. State taxes are far lower than they are in other parts of the country, so they can make more money off commercial brokers, but it doesn't seem as if they're altogether opposed to tribal casinos, either.

There just aren't a lot of tribes to choose from, and the ones that might be eligible have not, to date, shown enough serious interest in getting one started.

Fantasy Sports Gambling Is Not Allowed

Delaware has yet to follow the lead of other states by legalizing daily fantasy sportsbetting. The guess here is that they're opposed to the absence of ways to effectively regulate it. At the very least, this certainly isn't a nature-of-the-beast situation. Delaware has casinos, so it's not like the state takes supreme issue with endorsing games of chance.

Weirder still, while daily fantasy sports aren't allowed, online casinos are totally fine. Delaware is unique in its willingness to attach a law to online wagering at all.

That it's also legal is downright progressive. Of course, this keeps in theme with their commercial-friendly casinos, so it's not that big of a surprise.

Social Gambling is a Question Mark

Very few states fail to adequately address the rules and regulations attached to social gambling, and Delaware is one of them. Charitable gambling is allowed, which is one form of social wagering. But with daily fantasy sports considered illegal, it's not wise to assume social gambling is cool because it lies in a gray area. Obviously, your weekly card games are fine, but if you're thinking of running multiple tables or come across a blackjack ring that is independent of a casino, odds are you've walked right into an illegal situation.

Please see below for a more specific breakdown of what betting types are and aren't allowed in Delaware at this time.

Since Delaware doesn't have any of its own big-time teams, either at the professional or collegiate levels, we will also be going off which squads are most often rooted for by their residents.

The Philadelphia Eagles of the NFL's NFC East division are among Delaware's favorite teams.

Both the Washington Redskins and New York Giants, also of the NFC East sector, fall under their affections as well, but Eagles' unique proximity and strong track record during the early-to-mid 2000s helped fuel their popularity within the state.

The Delaware 87ers are the Developmental League affiliate for the Philadelphia 76ers.

They have a nice following since they actually play in the state, and it helps that the Sixers aren't opposed to sending bigger names down there for rehab starts or high-end prospects down there for experimental purposes.

This is kind of a duh moment. Since the Sixers' D-League affiliate is located in Delaware, they have a direct line to that fanbase. It's a smart move, really, when you thinking about it.

They are gaining fans for their organization they may not have access to otherwise, which was no doubt a big deal when they were in the early stages of their current rebuilding efforts.

Now that the Sixers are rounding into form with Joel Embiid, Ben Simmons and Markelle Fultz, among others, heading up the cause, they're about to gain more national recognition.

This should only help boost their popularity in Delaware, which doesn't really have any other basketball options other than the Washington Wizards.

NASCAR is big in Delaware. How big? Really big. It's more popular than the NBA, NFL, MLB and NHL...combined. There aren't teams in the conventional sense, so specific drivers did not make an appearance above, but the Dover International Speedway acts as both a tourist attraction and hotbed for Delaware residents looking to get their NASCAR fix.

The capacity in the Dover International Speedway is, at present, just shy of 100,000 people, checking in at 95,500. And it's a good thing so many squeeze in, because Delaware is about the only state in the northeast where NASCAR is truly huge.

Fans from surrounding areas flock to whenever a race is being held.