Is Sports Betting Legal in Maine? 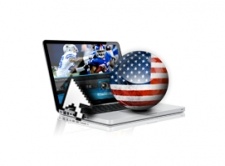 A new law to make sports betting legal in the state of Maine was a sure bet in the summer of 2019. That is, until the legislation hit the governor's desk.

The sports betting bill was neither vetoed nor allowed into law as Gov. Janet Mills held back on the signing upon further review. Now that the legislative session has come to an end recently, the bill is on hold until legislature reconvenes in January 2020.

Any bills that the governor does not veto within three days of the start of the next session will become law without her signature.

“Just generally, any time you expand gambling in the state, you want to tread carefully,” Sen. Louis Luchini said. “I think we’ll just use the time between now and then to see if there’s anything we can do to make the bill better."

Initially, the bill passed through the House and Senate, including amendment approval, in two days. The state estimated it would see up to $4 million in revenues over two years from the sports betting legislation.

More than 1.3 people live in Maine, the northeasternmost U.S. state known for its rocky coastline and maritime history. Augusta is the state capital, while Portland is the largest city with more than 66,000 residents.

Gambling laws in the Pine Tree State — whether it's the slot machines at the Oxford Casino Hotel or
scratch tickets from the Maine Lottery — are regulated at the state level. The state's Gaming Control Unit is in charge of casino gambling.

All legalized gambling in Maine is limited to the following areas:

Maine residents as young as 16 years old can legally win a charitable bingo jackpot. When you reach the age of 18, you are then eligible to bet on the Maine Lottery and pari-mutuel wagering that exists around the state. You must be 21 years old to gamble in the state's casinos.

There are two state-licensed casinos in Maine — Hollywood Casino & Raceway Bangor and Oxford Casino Hotel. Both venues are located in the southern portion of the state, with Oxford to the west near the state capital and Bangor more centrally located.

Slot machines first appeared in Maine at racetracks in 2004 as more gaming-friendly regulations were passed. The push for more gambling options didn't stop there as the state's first casino opened in 2012.

Maine was one of 12 states with record casino gambling in 2018. The two casinos had a total annual net gaming revenue of $144 million, according to a national gaming association. Almost $42.7 billion was wagered in two dozen states with legal casinos.

Maine’s legal rights with regards to tribal gaming are unusual relative to other states. State law permits Maine's four federally recognized tribes to conduct high-stakes bingo games with unlimited prize values, but none of them are currently permitted to open a casino.

Harness racing is king at the state's two main racetracks — Bangor Raceway and Scarborough Downs. The racing schedule starts in late March and ends in early December. During the summer months, there are a few short meets at some smaller tracks like Topsham, Union, Windsor and Farmington.

Bangor and Scarborough are open year-round for simulcast wagering on both standardbreds and thoroughbreds from tracks across the country. There are also four off-track betting locations throughout the state, including the Winner's Circle in Lewiston and Winner's Sports Grill in Brunswick.

The Maine Lottery, which was founded in 1974 after being approved through a voter referendum, offers scratch tickets, but shares its draw games with Vermont and New Hampshire.

Maine is also a member of the Multi-State Lottery Association and offers popular games like Powerball and Mega Millions. The state has not sold a winning mega jackpot ticket in either game since joining the association in 2004.

Sports bettors in Maine have been throwing a few dollars on the New England Patriots and Boston Red Sox for years on top-ranked online sites like Bovada, but there were about to be other local options.

The Supreme Court struck down a federal ban on sports betting in May 2018, allowing all 50 states to make their own rules and regulations. Maine was set to be the next on a growing list of states to offer wagering at land-based venues after the proposed bill quickly passed through the legislature.

Now, the pending bill sits in limbo as the governor opted not to sign the legislation. And it may take months to address the issue — if at all.

“The fate of the sports betting bill is uncertain,” Sen. Louis Luchini said. “At this point, we can work to amend or change the bill if needed at a special session or the next regular session.”

The state does not have any professional teams of its own, but Maine sports fans can head south on Interstate 95 and travel to Boston to watch some of the best athletes in the world.