How To Bet On Sporting KC 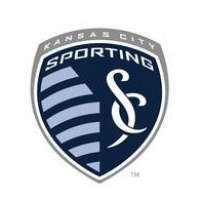 Traditionally, Sporting are a difficult team to beat both at home and away, but their away form suffered badly in 2016.

Before you place a bet on Sporting KC, be sure to check out who they play next and what the current betting odds are.

My Team's Next MatchSporting KC

Plan your bets in advance by referencing Kansas City's full schedule below. You won't have access to the game lines far in advance but you'll know when the best potential bets are.

Kansas City is usually expected to make the playoffs so let's see if they can keep that favorable characterisitc trait intact. Check the standings below to see where they sit.

Much of Sporting KC’s success depends on whether they can supply Dom Dwyer with enough ammunition throughout the season.

The Englishman may have only scored twice in 16 games during his first full season with Sporting, but he has since gone on to score 22, 12, and 16 regular season goals in subsequent campaigns.

Sporting won 10 of their home matches in 2016, ending with a 10-4-3 record. Away, however, was a different story entirely with only three victories and a 3-9-5 record. Had it not been for Portland Timbers failing to win a single away game last season, Sporting would have missed out on the playoffs.

Sixteen of Sporting KC’s 34 regular season games finished with over 2.5 goals. Those high-scoring affairs were evenly split - eight at home and eight on the road. The higher scoring games came in the latter part of the campaign as Sporting transitioned to a run-and-gun style of play, pulling out all the stops to reach the playoffs.