Is Sports Betting Legal in Arkansas? 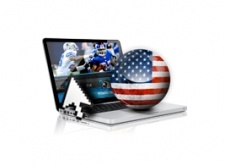 A November 2018 vote by state residents has opened the doors to the first real casinos in Arkansas. These four initial properties will also be allowed to offer sports betting as well, according to the amended constitution.

The state legislature will now be tasked with getting the industry on its feet through legislation in accordance with the amendment, and the Arkansas Racing Commission will be crafting regulations and issuing licenses.

However, it's not full steam ahead for the gaming industry in the Land of Opportunity. There has been resistance to the industry and the proposed sites. Included in those voices is the state's governor.

“I did not support this initiative,” Gov. Asa Hutchinson said in a statement. “But the people have spoken, and I respect their will. Time will tell as to what this means for our state, and it remains to be seen as to whether the communities affected will consent to the gambling initiative.”

It's estimated the sports betting market in Arkansas could see about $1.9 billion in revenues at land-based venues and curb some of the gambling dollars that are currently leaving the state.

More than three million people live in Arkansas, a southern state that borders on the Mississippi River. Little Rock is the state capital and the largest city with a population of almost 200,000 residents.

Arkansas gambling laws — whether it's playing bingo locally or betting on horse racing at Oaklawn Park — are regulated at the state level.

All legalized gambling in Arkansas is limited to the following areas:

The minimum gambling age is 21 in Arkansas casinos and 18 for the state lottery and pari-mutuel wagering.

There are currently no traditional resort-style or Indian casinos in Arkansas. Two Vegas-style venues are planned for completion in 2020 — in Jefferson and Pope counties. Winners for the two casino licenses have not been awarded by the state yet.

However, there are two "racinos" on opposite sides of the state (Hot Springs and West Memphis) that offer some casino-style games along with horse and dog racing. The electronic gaming machines were permitted at the racetracks under state law after passage of the Local Option Horse Racing and Greyhound Racing Electronic Games of Skill Act of 2005.

Oaklawn Racing & Gaming is a horse racing track located in the Ouachita Mountains, a tourist and vacation spot. The venue officially opened in February 1905, but it was not until a legislative session in 1929 where a bill passed to allow horse racing and pari-mutuel betting. One of the biggest highlights of the track occurred in 2015 when American Pharoah won the Rebel Stakes and Arkansas Derby. Today, a life-sized bronze sculpture stands at the grandstand's entrance of the Triple Crown winner and his jockey Victor Espinoza.

The state lottery has only been drawing numbers for about a decade, but its existence has benefited more than just winning ticket holders. It calls itself the Arkansas Scholarship Lottery, with a part of the revenue used to help students gain an education. More than 300,000 scholarships have been awarded to date.

The lottery offers in-house games with daily drawings and multi-jurisdictional draws for games like Lucky for Life, Mega Millions and Powerball.

The appetite for lottery games continues to grow in Arkansas. The lottery commission reported record-breaking sales for 2018.

The Supreme Court cleared the way in May 2018 for states to legalize sports betting, striking down a federal ban that prohibited them from authorizing odds on sporting events.

The state of Arkansas didn't waste much time, putting the issue to its voters. In November 2018, residents authorized for the first time for casinos to operate in four of Arkansas's 75 counties, and each could offer sports betting.

While the two new casinos in Jefferson and Pope counties won't likely be in operation before 2020, the two racetracks that currently offer pari-mutuel and casino gambling will probably offer sports betting sometime before the start of the 2019 NFL season in September.

Not all Arkansas residents are waiting for these land-based sports books to open their doors. Many already enjoy betting the money line, point spread and prop bets at top-ranked online sites like Bovada.

Arkansas does not have any major sports teams of its own, but it does border on six different states in the southern U.S. — Missouri to the north, Oklahoma and Texas to the west, Louisiana to the south and Tennessee and Mississippi to the east.

Residents can make the trek west to watch the Cowboys (NFL) or Mavericks (NBA) in Dallas or east to see the Titans (NFL) or Predators (NHL) in Nashville.

But this is Razorback country, and Arkansas's favorite team doesn't play in a pro league. The University of Arkansas is located in the northwest corner of the state in Fayetteville. The college football team, which has won 13 conference titles, plays its home games at Donald W. Reynolds Razorback Stadium.