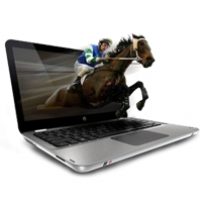 On Saturday, January 26, Gulfstream Park in Hallendale, Florida will play host to the third running of the Pegasus World Cup horse race. The race carries a total purse $9 million, making it the richest horse race in North America. Twelve of the top thoroughbreds in the country will go to the gate to race 1 1/8 miles on the Gulfstream dirt.

On the same day, Gulfstream will also host the brand new Pegasus World Cup Turf Invitational which has drawn an international field of 10. They'll be running 1 3/16 miles on the Gulfstream grass, racing for a share of the $7 million total purse.

Under a unique format in racing, starting spots in the Pegasus World Cup gate have been purchased by the 12 horse owners for a cost of $500,000. Out of the $9 million purse, the winner will receive $4 million, while the Turf winner will pick up $3 million.

Before the gates fly open on Saturday afternoon, you can do your handicapping and lock in a future bet at Bovada's racebook or another of these top-rated online wagering sites.

The field has been set and post positions have been drawn for the Pegasus World Cup, and the race will include 2018 Breeders' Cup Classic winner Accelerate. Here's a look at the field with current Bovada odds.

The one to beat.

In with a solid chance.

Should be right there at the wire.

A contender at his best.

Distance could be a question.

Can't be ignored in exotic bets.

Can't recommend for the win.

A cut below the top ones here.

Running for a minor reward.

Consider in trifectas and superfectas.

Pegasus World Cup Day at Gulfstream will feature a total of nine stakes races on the 12-race card. The Pegasus Turf Invitational has a post time of 4:57 PM Eastern, and will be followed by the Pegasus World Cup at 5:36 PM Eastern. Both races will be broadcast live on NBC TV, and live streamed on NBCSports.com and the NBC Sports app. Coverage begins at 4:30 PM Eastern.