How To Bet On MLS Western Conference 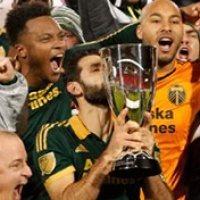 Those of you looking to bet on the outcomes of high quality soccer matches need look no further than betting on the Western Conference of the MLS. Major League Soccer is consistently growing in popularity, thanks in large part to the influx of some of world soccer’s most popular stars. The increase in talent showcases an open, entertaining league replete with an abundance of goals and scoring chances.  The Western Conference is made more exciting by the amount of traveling each team has to do on a weekly basis.

Regardless of your preferred betting market, you’ll want to dig into the analytics behind individual matchups, making sure to thoroughly do your homework before investing.

What Are The MLS Western Conference standings

Each team plays 34 games during the regular season with the top six teams earning a berth into the playoffs. Check frequently the standings to stay apprised of all ongoings.

The Western Conference is chockfull of title contenders. In fact, the Western Conference has dominated MLS proceedings in recent years, winning every MLS Cup since the Columbus Crew in 2008. The Galaxy, Timbers, Sporting Kansas City and last year's winners, Seattle Sounders, have won the past six MLS Cups, with the Galaxy taking three of four between 2011 and 2014.

It truly is the dominant conference. The main reason for their seemingly perpetual dominance is their superior defensive teams. Portland Timbers last year conceded 53 goals, the most in the Western Conference in 2016.

The Western Conference, as you'd expect, is lower scoring than their eastern counterparts, but the discrepancy isn't nearly as large. And although a cliche, championship teams are based on a solid defense. The Eastern Conference should take note.

Dallas FC, Los Angeles Galaxy and Seattle Sounders are all favorites to challenge for the MLS Cup in 2017.

As a general rule of thumb, look to bet on the under market when Western Conference teams face each other. Just make sure to dig into the deeper analytics to reinforce your decision.