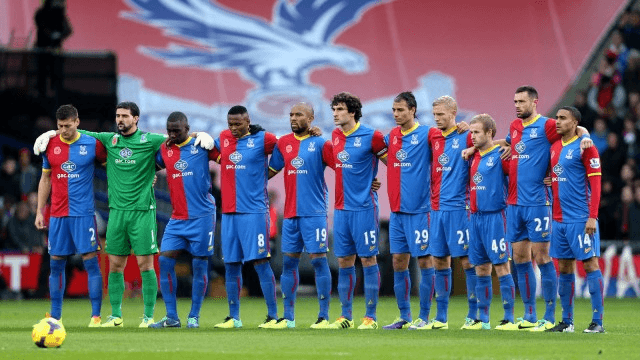 How To Bet On Crystal Palace

Crystal Palace are one of the most exciting sides to watch in the Premier League, with Yohan Cabaye, Jason Puncehon, Christian Benteke and Wilfried Zaha thrilling fans week in and week out. [+]

The Eagles endured a difficult start to their 2016-17 season, which eventually led to former manager Alan Pardew getting his pink slip. Sam Allardyce came in to steady the ship. While it took a while to get things right, Allardyce led Palace to safety, thereby avoiding what would have been a catastrophic relegation.

Check out the betting lines of Crystal Palace's next match, ensuring to compare the odds offered by numerous sportsbooks before making your final wagering decisions.

My Team's Next MatchCrystal Palace

A team's game schedule is always a valuable asset to a bettor's arsenal, as it provided the opportunity to strategize well in advance of any given fixture.

Palace are expected to avoid the relegation dogfight. However, sometimes unexpected things happen in soccer, so track how they're currently progressing.

How To Win Crystal Palace Bets

Palace endured a very disappointing first half of the 2016-17 campaign, falling down the table into the relegation places for large stints. Getting their act together meant that former manager Pardew had to be shown his marching orders. Palace hired Allardyce, who is known for helping teams extricate themselves from dire situations. Which is exactly what Big Sam did.

It took Palace a while to find their groove under Allardyce's management. The improvement eventually came, and when it did, it was stark. As expected, they improved considerably on the defensive side of the ball, playing more as a counter attacking team. Allardyce played to Zaha and Benteke's strengths, ensuring they'd get chances through direct soccer.

Palace were quite poor at home, mostly in the early stanza of the campaign. They improved as time progressed, but still didn't find a way to excel at Selhurst Park. They were one of the worst home teams in the league. However, Palace were exceptional on their travels and had the league's eighth best away record.

Look for Palace to steadily improve their home record in coming seasons and climb up the ladder. Expect Allardyce to demand consistency from his team. They could also have an outside chance at a deep run in the FA Cup, as Allardyce's teams are typically difficult to break down, which is often conducive to a winning formula in cup competitions.