How To Bet On Tampa Bay Lightning 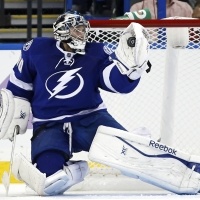 Expectations continue to remain high for the Tampa Bay Lightning. They have emerged as one of the most reliable powerhouses in the NHL over the past half-decade, and little has changed looking at the 2018-19 season.

Led by right wing Nikita Kucherov and a platoon of talented centers that includes Brayden Point, Steven Stamkos, Yanni Gourde, J.T. Miller and Tyler Johnson, they’re once again hanging around near the top of the Eastern Conference. A deep playoff run seems like a given, and they most certainly shouldn’t be ruled out of the Stanley Cup conversation.

Take stock of betting lines for the next Lightning game before making your final wagers. Find out whether they’re playing at home and make sure they fare well against their next opponet.

My Team's Next MatchTampa Bay Lightning

Strategic bettors will use the Lightning’s entire regular-season schedule to plan ahead on their wagers. Game lines won’t be available weeks in advance, but it is possible to spot areas of opportunity or stretches that will be potentially problematic.

Try to spot long road trips (an issue), extended home stands (favorable) or stretches in which they play a lot of back-to-backs (also an issue). Also consider circling matchups with fellow Eastern Conference superpowers such as the Toronto Maple Leafs and Buffalo Sabres.

Tracking the Lightning’s spot in the NHL standings is a great way to gauge their appeal on the futures-betting front. If their record holds up to those of other known contenders—think along the lines of the Maple Leafs or Nashville Predators—it’s safe to say you’ll want to take a closer look at their odds. If you see that they’re lagging behind the field, that’s when you’ll want to consider your other options.

Use these tips to make sure you're placing the right types of bets on Tampa.

An Offense For The Era

The Lightning's offense is the rare combination of efficient and high-octane. Not only do they lead the NHL in total goals scored, but they have one of the five highest shooting percentages in the league.

Center Brayden Point is a revelation. He paces the team in scoring and has the chance to lead the NHL in total individual goals scored—all at the age of 22. Nikita Kucherov, meanwhile, is a solid No. 2. He scores his fair share of goals, but he's one of the game's top assist men.

Of course, playing as the Lightning do often comes at a cost. They expend so much energy on the offensive side of the ice that it creates opportunities for their opponents by default. They're not always in position on the break, so they're going to give up more scores than many other great teams.

Still, compared to the 2017-18 season, the Lightning are closer to average than not. And that, in turn, has unleashed their regular season series. They're covering about 75 percent of their spreads, an astronomical number that should come down, but still figures to be high all the same.

Are The Lightning Stanley Cup Contenders?

This isn't a question you need to think long and hard about. The Lightning are absolutely in the Stanley Cup conversation. They might even be the NHL's best team.

Hockey-Reference's Simple Rating System, which uses point differentials and strength of schedules to create a precise hiearchy, considers the Lightning a top-four team. Only the Predators, Maple Leafs and Colorado Avalanche have a real case to be placed over them.

The downside of all this? Their odds aren't particularly lucrative.

Sportsbooks have pegged their odds between +600 and +800, and that range isn't going to get any more favorable. Tampa Bay is the type of powerhouse you should invest in sooner rather than later, otherwise you're going to be looking at extremely minor returns.

Look below for the top sportsbooks so you can see where you can wager online and figure out which is best for you: