Is Sports Betting Legal in Oklahoma? 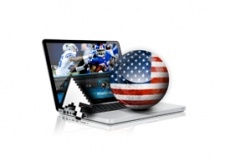 A total of 33 states are projected to introduce sports betting legislation this year. Count Oklahoma as one of them.

The legal sports betting industry is projected to be a billion-dollar business in the U.S. by 2020, and it seems most states want a share of those tax revenues.

The U.S. Supreme Court ruled in May 2018 that a federal law that prevented states from reconsidering their sports gambling bans was unconstitutional.

It may take some time for sports books to open across this southeastern state as there’s a lot of sports gambling money on the line for the tribes and, through the negotiated compacts, for the state. The issue might get pushed to 2020 when the state’s tribal compacts are due to be renewed.

If you don't want to wait for the government to act on land-based sports books, many residents already prefer online powerhouse Bovada, where betting lines are offered on all the major sporting events.

Almost four million people live in the state of Oklahoma. Oklahoma City, which is located in the middle of the Sooner State, is the capital and its largest city with a population of more than 600,000 residents.

Oklahoma gambling laws — whether it's the slots at Winstar World Casino and Resort or one of the eight Choctaw Casinos and Resorts — are regulated at the state level.

All legalized gambling within Oklahoma is limited to the following areas:

The minimum gambling age is 18 at some casinos and 21 at others. Bingo players can be as young as 16 years old in Oklahoma — the youngest age to gamble in the U.S. The age limit for all other forms of gambling is 18.

It seems there is a casino on every Main Street in Oklahoma. There are currently more than 100 venues in the state, with most of them owned and operated on tribal lands.

Thirty-three tribes have negotiated compacts with the state. Most of those tribes own at least one casino property — Chickasaw Nation owns 21. With so many casino properties, there may not be another state with more concentrated gambling across its entire region.

The other aspect of Oklahoma’s great gambling options is the state’s proximity to Texas. The large neighbor to the south has few options for its citizens to gamble, so billions of dollars flow across the Red River each year. The most obvious recipient is a mere mile over the border at the Winstar World Casino and Resort.

After multiple expansions, the Winstar is the largest casino in the United States and possibly the biggest in the world.

Two table games you will not find in Oklahoma casinos are craps and roulette. Due to the compacts negotiated regulations with the state, games of chance with cards are the only type allowed.

Remington Park racetrack opened in 1988 and continues to be the hub of racing in the state. The venue hosts quarter horse and thoroughbred racing with a full calendar of events.

Two other racetracks with a much smaller schedule are the Fair Meadows and Will Rogers Downs. Pari-mutuel betting is offered for racing in the U.S. and around the globe.

The Oklahoma Lottery, having only been approved in 2003, was one of the last states to begin selling lottery tickets when draws began in October 2005.

The OK lottery has many in-state draws as well as national games Powerball and Mega Millions.

There has been no movement against online fantasy league sites in Oklahoma. The operations of the major players remain legal in the state, and Oklahomans are free to sign up and play.

There are more than a dozen states, including Oklahoma, which have introduced sports betting bills which have not yet been passed.

A bill was introduced to allow the expansion of the tribal-state compact and include “sports pools.” This expansion would include “wagering on the outcome of one or more competitive games in which athletes participate, or on one or more performances of such athletes in such games where all bets are placed in a common pool or pot from which all player winnings, prizes and direct costs are paid.”

So far, there has been no vote in Oklahoma and it might be quite a while because of upcoming tribal negotiations.

Kansas and Missouri are in a similar legislative position as Oklahoma. Neighboring Texas, Arkansas and New Mexico have yet to move on the issue as well.

The franchise was originally established as the Seattle SuperSonics, an expansion team that joined the NBA for the 1967-68 season. The SuperSonics moved in 2008 after a settlement was reached between the ownership group and lawmakers in Seattle, Washington following a lawsuit.

The Oklahoma City Thunder have won five division titles and one conference championship (2012). They lost in the NBA Finals that year to LeBron James and the Miami Heat.