Is Sports Betting Legal in Nebraska? 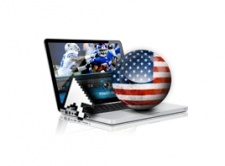 Iowa's gain is Nebraska's loss again. The Cornhusker state can expect to miss out on millions more in gambling revenues now that its neighbor to the east has recently legalized sports betting.

In Nebraska, games of chance are forbidden by the state constitution — although keno, horse racing and a state-run lottery are legal. Several attempts to allow casinos into the state have been rejected. And the current governor of Nebraska strongly opposes expanding gambling, including sports betting.

This has been great news for Iowa's 19 state-regulated casinos and sports books as Nebraska residents continue to cross state lines and account for about a quarter of Iowa's $1.4 billion in gaming revenues.

Brendan Bussmann, a former Nebraskan who now is a partner in Las Vegas-based gambling and entertainment consultant Global Market Advisors, said Iowa is “kicking Nebraska’s butts” by jumping ahead in sports betting.

The U.S. Supreme Court cleared the way for states to legalize sports betting in May 2018 when it struck down a 1992 federal law that had prohibited most states from authorizing this form of gaming. To date, Nebraska has shown no signs of movement on the issue.

Almost two million people live in Nebraska, a midwestern state encompassing the prairies of the Great Plains and the enormous dunes of the Sandhills. Lincoln is the state capital, while Omaha is the largest city with more than 450,000 residents.

Gambling laws in Nebraska — whether it's purchasing tickets in the state lottery or pari-mutuel wagering at Fonner Park — are regulated at the state level.

All legalized gambling in Nebraska is limited to the following areas:

The minimum gambling age in Nebraska is 18 years old for betting on horses and playing charity games. Players that want to buy a lottery ticket or bet on keno must be 19 or older.

Nebraska is home to four tribal land-based casinos, all located on the eastern side of the state. These venues are still limited in activity due to the state's strict gaming laws.

These casinos — like Ohiya Casino & Resort in Niobrara — offer Class II gaming machines which look like slot machines, but are actually games of bingo and the spinning video reels are for “entertainment purposes only.” Ohiya, which opened in 2011, has about 400 gaming machines and no table games.

There are no casinos in Nebraska's two most populated areas in Lincoln and Omaha. However, voters may decide in 2020 whether to legalize casino gambling and slow the flow of gaming revenue out of the state, especially to neighboring Iowa.

"Hundreds of millions of dollars go across the border every year," said Lance Morgan, the CEO of Ho-Chunk Inc., the corporation pushing the measure on behalf of the Winnebago Tribe of Nebraska. "For a Nebraskan to do gaming, you have to go half a mile" into Iowa.

But Nebraska has been here before. Ballot measures have always been defeated in the past — the most recent in 2014.

There were 161 days of racing at Nebraska racetracks in 1966, but horse racing has been in decline ever since. As of 2019, there were 55 days of competition from six venues with Fonner Park offering the majority of race dates with 31.

Pari-mutuel betting and simulcast wagering at racetracks is legal in Nebraska, and the proposed ballot measure next year would only help the struggling racetracks.

"We've learned from our mistakes in the past," Moser said. "We have a really good plan and great partners, and we're very optimistic about our chances this time."

The Nebraska Lottery was established by state legislature in 1993 and offers daily draw games like the Nebraska Pick 5.

Nebraska is also part of the Multi-State Lottery Association and participates in huge jackpot games like Mega Millions, 2by2 and Powerball.

The daily keno games offered in Nebraska are not part of the state lottery. They are run by individual municipalities in the state.

Nebraska residents may be denied casino gambling and sports betting within their home state, but that is not stopping them from enjoying this form of entertainment elsewhere.

“Iowa’s going to continue to profit off Nebraska,” said Bussmann, who was director of football operations at the University of Nebraska-Lincoln from 1996 to 2003. “Most of your Big Ten states are going to have sports betting within two years.”

The clock is ticking on Nebraska lawmakers as the only sports betting option currently within the state is to join a top-ranked offshore site like Bovada to bet on college and professional sporting events.

Nebraska does not have any professional sports teams of its own, so the University of Nebraska Cornhuskers get all the attention in this state.

This is Big Red country, known for its stellar teams in Big Ten football and basketball. The football team has sold out every home game since 1962 and has claimed 46 conference championships and five national titles.

The closest cities to Nebraska with pro teams are Denver and Kansas City. The Mile High city in Colorado is home to the Broncos in the NFL, Nuggets in the NBA, Rockies in MLB and Avalanche in the NHL. K.C. is home to the Chiefs in the NFL and Royals in MLB.