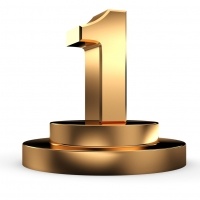 No. 1 seeds are favorites for a reason. Regardless of the sport, top-ranked teams earned that position by dominating their regular-season schedule. In saying that however, it’s still important to be extra cautious putting your money on a No. 1 seed. It’s easy to enter a March Madness bracket and pick all the top-ranked schools to reach the Final Four. However, only one time in the history of the NCAA Tournament has all four No. 1 seeds reached the semifinal. [+]

In the NHL playoffs, there have been less than 10 No. 1 seeds win the Stanley Cup since 1994. The same goes for Major League Baseball.

The key is not to shy away from betting on the top teams, but to research which ones to put your money on. In our latest For and Against episode, we break down pros and cons when betting on No. 1 seeds.

One of the critical stats that will help you make your decisions much easier is adjusted efficiency margin, which measures the point differential between a specific team and the average team over 100 possessions. For instance, if you see a No. 1 on a collision course against a lower seed team with a higher adjusted efficiency margin average; it’s not a bad idea to bet against the top ranked club.

In 2016, the No. 2-ranked Villanova Wildcats captured NCAA Tournament gold after defeating the North Carolina Tar Heels in the national championship. While some pegged it as a stunning upset, the Wildcats entered the final playing to a 2.21 adjusted efficiency margin — which helped the school win the tournament title by three point over the Tar Heels.

Betting On The Favorite

On the flip side, winning percentages — especially in the NCAA Tournament — drop significantly from the No. 2 seeds down. For instance, second-ranked teams in March Madness will defeat No. 7 seeds 67.5 percent of the time and 10th seeds 50 percent of the time.

If you’re calling for a few upsets, remember it’s going to bet those top seeds in the long run.

Use these simple tips when betting on No. 1-ranked teams and increase your chances of coming out on top in the end.