How To Bet On LA Galaxy 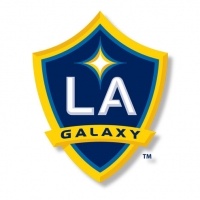 LA Galaxy hasn’t missed a single playoff since 2008. With five MLS Cup championships and four Supporters’ Shields, the players, coaches, and fans have a team they can be extremely proud of. Part of the reason for Galaxy’s continued success is their ability to attract some of world soccer’s biggest names to their franchise. This season, however, could be potentially troublesome as Galaxy have lost the services of former England captain Steven Gerrard and Robbie Keane, who scored 83 goals in 123 games.

Keep apprised of the Galaxy’s next fixture while referencing the up-to-date game odds. You know, like us, that preparation is the key to making successful bets.

My Team's Next MatchL.A. Galaxy

Reference closely LA’s schedule and find potential betting gems down the line. You won’t have access to future betting odds but you’ll be able to plan a good roadmap.

LA is always expected to make the postseason but things could be different this season. Take a look at where they sit in the standings and plan your bets accordingly.

LA Galaxy has the unenvious task of replacing a legendary player. Robbie Keane was team's MVP from 2012 through to 2015 and was the top goal scorer during that period.

Much of the burden of the goal scoring duties will likely fall on Mexico’s Giovani dos Santos, the team's Golden Boot and MVP winner in 2016. Only time will tell if dos Santos is capable of being as prolific as Keane was.

Galaxy pride themselves on being difficult to beat. At home, Galaxy lost only one and posted an 8-1-8 record in 2016, with their results on the road being a less-than-stellar 4-5-8.

Had Galaxy managed to win three of those away draws, they would have topped the Western Conference and won the Supporters’ Shield.