Is Sports Betting Legal in Oregon? 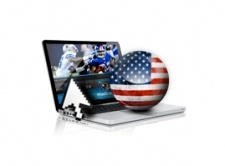 Oregon doesn't have many sports teams, but it is intensely engaged with the two primary ones—Portland Trail Blazers and Oregon Ducks—that receive a bulk of the national attention. As a state universally considered to be more progressive than not, Oregon has also been one of the hallmarks for legal sports betting in the past. They're no longer really a beacon of example, but that day could be coming again, and fast.

Oregon is one of four states, joining Nevada, Delaware and Montana, that are technically grandfathered in under current federal laws prohibiting sports gambling. But Oregon is not currently exercising its right under those rules. They received flack from most of the major sports leagues—including the NCAA and NBA—for a parlay game entitled "Sports Action." [+]

Under pressure, they signed a bill in 2005 to shudder the gambling option by 2007. But now, with traction growing in other states for sports betting to be legalized, there is hope that Oregon will once again be able to capitalize on its past laws and allowances.

Tribal Casinos All Over

Nine tribal casinos currently operate all throughout Oregon. There are no cluster destinations like there often are in other states. Some of these casinos technically aren't on tribal land, but the government worked with them to hold the property in a trust as restored tribal land. This allowed for not only more casinos, but also better locations.

Casinos Coming to Portland? Probably Not

Multiple tribes over the years have made plays to open casinos in or near Portland—Oregon's most lucrative market. Despite the government working with them to acquire land in other areas, though, these attempts have thus far been kiboshed at every turn.

If eventually successful, the resulting casino would instantly be one of the few located in such close proximity to a huge market, joining, perhaps, only the strip-type setups in Las Vegas, Atlantic City and along the Gulf Coast and Mississippi River.

Oregon's approach to daily fantasy sports has been rather odd. They subscribe to a "material factor test, which essentially allows them to be more selective about what they legalize.

Most states narrow it down to one question:

Is there skill involved, or is this entirely a game of chance? Though Oregon has talked shop about a daily fantasy sports-friendly policy, their ability to reject games and contests that fall under the "skill" category means no one should hold their breath for imminent legalization.

NCAA Will Have Sway in Oregon's Sportsbetting Bills

One of the first steps in Oregon's quasi-quest to fully re-implement domestic sports betting is the NCAA's decision on whether or not to host tournaments in Las Vegas. They were one of the strongest opponents to Oregon's Sports action game, but if they start operating in any capacity out of the gambling capital of the United States, it bodes well for Oregon's chances of turning back the clock—particularly when the NBA, their other primary foe, is now pro-sports betting.

Beyond that, Oregon, like every other state, is waiting for the outcome if New Jersey's battle to play itself out. If they win the right to accept sports wagers, you can count on Oregon and many other states being more aggressive in attempts to pass their own legislation.

Please see below for a more specific breakdown of what betting types are and aren't allowed in Oregon at this time.

Due to the absence of enough professional teams in Oregon, we will split our focus between in-house squads and the most popular professional factions that are located outside state lines.

If you like sports, you've probably heard and/or watched the Oregon Ducks, if only because their uniforms are always the talk of social media. Since Nike operates out of Eugene, Oregon, they constantly hook up the Ducks sweet new uniforms—home, away, alternate, you name it.

The Ducks, of course, are also known for what they do on the field.

Since 1997, they have only failed to qualify for a Bowl game twice. It just so happens one of those non-qualifying seasons was their most recent campaign. They wrapped their 2016 schedule with a 4-8 record—a major disappointment not only because of who they are, but also because they placed 24th in the AP's top-25 rankings prior to the start of the year.

In many ways, the Portland Trail Blazers are one of the NBA's most consistent squads. They only have one championship to their resume—which they won in 1977...the first time they ever appeared in the playoffs—but have clinched 33 postseason bids through 47 years of existence.

That's a pretty good ratio, one that helps prove the franchise never spends too long stuck in the mud, rebuilding from the ground up. Their longest-ever playoff drought is six years, and that dry spell took place when they first entered the league at the start of the 1970s. More recently, they've cracked their way into seven of the past nine postseason parties.

The Seattle Seahawks are a natural landing spot for Oregon's NFL allegiances. The state doesn't have an NFL team of its own, and many residents are within sneezing distance of Washington.

Sticking a football squad in or near Portland might eventually be a good move by the NFL if they ever consider expansion. Oregon has shown it can carry its teams with enough interest, and their support of the Oregon Ducks suggests that commitment would extend to another pro sports team.

Then again, with so many people already Seahawks fans, such a move threatens to dilute down the fanbase for either side, and it's the expansion squad that would probably suffer most. After all, it takes a while for those franchises to get off the ground, and the Seahawks have the benefit of being Super Bowl contenders, with their most recent championship coming in 2015.

This event fits Oregon's culture. Nike ranks among the most popular running sneaker brands, and their official headquarters are stationed in Eugene, Oregon.

Track, along with other running events, are also wildly popular throughout the state. So hosting the Triathlon Duathlon Finals is right in Oregon's wheelhouse.

Could Sports Betting Return To Oregon If NCAA Tournament Heads To Vegas?