How To Bet On Seattle Sounders 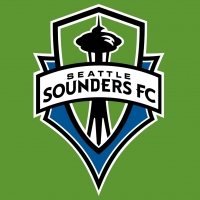 Seattle Sounders were founded on November 13, 2007 and competed in the Western Conference of Major League Soccer for the first time in 2009. The team shares the CenturyLink Field stadium with the Seattle Seahawks. The Sounders finished third in the MLS during their debut season and have never finished below fourth place. In 2014, the Sounders finished first in the Western Conference and won the Supporters’ Shield. Having qualified for the playoffs in each of the previous eight seasons, Sounders have always at least reached the quarter finals. [+]

Last season, in 2016, the Sounders were close to missing out on the playoffs for a large percentage of the regular season, but ultimately finished in fourth before going on to win their first MLS Cup, defeating Toronto FC 5-4 on penalties.

Check out who the Seattle Sounders’ play, where it is being played while referencing the game odds below.

Plan your betting activity in minute detail by studying the Seattle Sounders regular game schedule below. Look for periods where they have several winnable games in close succession to see if there is the chance of making a potentially lucrative parlay bet.

The Sounders have never finished lower than fourth in the Western Conference. Is this a trend that will continue? Reference the standing below to find out.

The Seattle Sounders are the reigning MLS Cup champions, which adds more pressure on the players to perform.

Sounders finished with a 14-14-6 record in 2016, but that only tells part of the story. They struggled in the early part of the season only to win 13 of their last 19 games to climb back up the table and reach the playoffs.

At home, Sounders went 10-5-2 while they finish with a 4-9-4 away record. The Sounders’ road form needs to improve if they want a realistic chance of defying the odds and winning a second MLS Cup.

One area that let the Sounders down last season was their anemic attack. They only scored 44 goals in regular season play. Of all the playoff teams only Sporting Kansas City scored fewer goals. Even Columbus Crew, who finished ninth in the East and 18th overall, scored six more goals than the Sounders.