How To Bet On Real Salt Lake 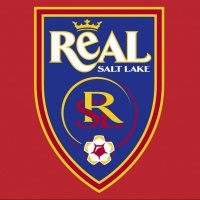 Founded in 2004, Real Salt Lake first competed in the MLS during the 2005 season. They finished fifth in the Western Conference that season before two consecutive sixth places. In 2008, Salt Lake finished third and qualified for the playoffs, managing to navigate their way to a semi finals. The following year, Salt Lake slipped to fifth place but still qualified for the playoffs. Salt Lake went all the way to win the 2009 MLS Cup, drawing 1-1 with LA Galaxy before winning 5-4 on penalties; Robbie Russell scored the decisive penalty. [+]

Over the next five season, Salt Lake finished second three times and third once, before the wheels fell off and they slumped to a ninth place (16th overall) in 2015. Last season, the “Claret and Cobalt” improved to finish in sixth place but they were eliminated in the first round of the playoffs.

If Salt Lake can somehow find a formula to play on the road as they do at home, they could be a successful team. Jeff Cassar, the head coach, has created a team who are notoriously difficult to beat at home, but 11 defeats in 17 regular season games on the road in 2016 seriously held his side back.

Take a look at who Real Salt Lake play next and pay particular attention to where the game is being played. Salt Lake struggle on their travels but excel at home.

My Team's Next MatchReal Salt Lake

There is a saying in soccer that states a team is only as good as their last game, so it pays to studying the full Real Salt Lake regular season schedule.

Real Salt Lake finished in sixth place in 2016 but should have finished much higher. Salt Lake didn’t win a game in their last seven, invariably slipping down the table.

In 2016, Salt Lake finished with an 8-1-8 home record, the same as LA Galaxy who finished three places above them.

Eleven of Salt Lake’s away games triggered the over 2.5 goals betting market so it's worth putting a wager on down when they're on their travels. Pay attention to their early season away form in case they manag to shore up their porous defense.