Is Sports Betting Legal in Wisconsin? 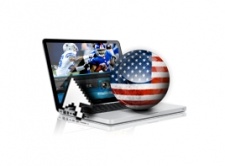 While many states are scrambling to join the sports betting craze, don't count America's Dairyland as one of them as the state constitution prohibits gambling.

The Supreme Court struck down a federal ban on sports betting in May 2018. Dozens of states are now getting in on the action, but a few — like Wisconsin — have not proposed a single bill to change the gambling landscape.

“That would be the biggest legislative hurdle, passing it through two consecutive sessions of the legislature, and then having a statewide referendum,” State Rep. Tyler Vorpagel said of altering any gambling laws.

There are 22 gaming locations in Wisconsin, run by 11 different tribes. Even though state records show they made a combined $1.23 billion off gambling in 2017, these groups have shown little interest in introducing sports betting.

"They obviously have an interest in keeping things as the status quo," Vorpagel said. “We’re seeing the tribes are not really as eager to get into sports betting as a lot of other casinos and operators. Opening up those compacts leaves the tribes vulnerable.”

Almost six million people live in Wisconsin, a midwestern state with coastlines on two of the five Great Lakes. Madison is the state capital, while Milwaukee is the largest city with nearly 600,000 residents.

Gambling laws in the Badger State — whether it's the slots at Menominee Casino Resort in Keshena or pari-mutuel wagering at Potawatomi Hotel & Casino in Milwaukee — is regulated at the state level.

All legalized gambling in Wisconsin is limited to the following areas:

The minimum gambling age in Wisconsin for the lottery and bingo is 18 years old. The minimum age for tribal casinos is 21.

Of the 22 casinos in the state, 12 of them have hotels. The Wisconsin casinos are spread evenly throughout the state and all offer blackjack, slots and video poker.

If you are looking for western Wisconsin casinos, there are several located in Danbury, Hayward, Turtle Lake and Webster. If you're located in northern Wisconsin, you have a few choices in either Bayfield, Lac du Flambeau or Odanah.

The tribe with the greatest number of casinos is the Ho-Chunk Nation, which controls six properties. However, the Potawatomi Nation owns the title for the largest single casino. The 19-story Potawatomi Hotel & Casino features more than 3,100 slot machines, 100 table games, a large poker room and all the comforts expected at a typical resort property.

Horse racing in the Midwest has a long history, but there are no racetracks in Wisconsin. Arlington International Racecourse, home to many prestigious events in thoroughbred racing, is located northeast of Chicago, Illinois, and within an hour's drive of the southern Wisconsin border.

Those wishing not to leave the state of Wisconsin are left with a few options — visit one of the state's tribal casinos that offers pari-mutuel wagering or log in online at offshore sites like top-ranked Bovada. Here, visitors can bet on the entire card of daily races or just visit for the top events like Triple Crown races or the Breeders Cup.

Bovada offers all the common bet types like win, place and show, and exotic wagers like exacta and trifecta. Future wagering is another popular selection at the trusted online site, where gamblers bet on certain horses to win some of the biggest races in the world weeks or even months before the field is scheduled to go to the post.

Since its founding in 1988, the Wisconsin Lottery has generated $3 billion in revenue. What is different about this state lottery is the fact that proceeds are used for property tax relief in Wisconsin, while most other U.S. states use lottery profits for educational resources.

The lottery offers daily drawings, scratch-off tickets and Badger 5, where the jackpot increases by $1,000 daily until it is won. Wisconsin is also part of the multi-state lottery association which includes games like Powerball and Mega Millions, where the minimum jackpot is $40 million.

A landmark Supreme Court decision in May 2018 striking down a federal ban on sports betting has led to some states legalizing the form of gambling with many more working through the legislative and regulatory process.

Wisconsin remains in the small group of U.S. states that has done nothing at all to change the current gambling landscape. There seems to be little interest in attempting to pass a constitutional change for the state to allow commercial land-based venues to offer sports betting. There's also little interest by the tribes that control the casino properties in Wisconsin to re-negotiate their compacts with the state.

So, how do Cheeseheads bet on the Packers to win the NFC North this season? There are few options within the state, except to join an offshore site like Bovada and make the NFL future wager there.

Bovada offers an extensive list of bets on all the major sports, including the NFL, NBA, MLB and NHL. State residents can also bet on all the University of Wisconsin Badgers games as well. Sign-up is easy and includes a welcome bonus after your first deposit.

Wisconsin doesn't have a home team in the NHL, but it is represented well in the other three major sports. And, if college sports is more your excitement level, the Wisconsin Badgers are often ranked among the elite teams in the Big Ten in football, basketball and hockey.

The Green Bay Packers are not only one of the most popular teams in Wisconsin but in all of the United States. Established in 1919, the Packers have won four Super Bowls including the first two. They have 14 members in Pro Football's Hall of Fame.

After one season, the Seattle Pilots relocated to Milwaukee in 1970. The Milwaukee Brewers are the only franchise to play in four divisions since the advent of divisional play in Major League Baseball in 1969. The organization has never won the World Series.

The Milwaukee Bucks, who were founded in 1968, have won one championship (1971) and 14 division titles. Sixteen members of the organization are Hall of Famers.

Judge shoots down effort to legalize poker in Wisconsin