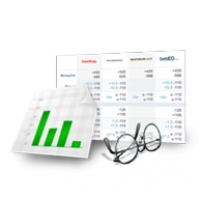 Preparation is everything when placing a wager with an online sportsbook. Going into a bet blindly won’t end well most of the time, which means doing your research will only strengthen your chances of coming out on top. Something as simple as keeping track of a team’s home and away schedule as well as how a specific club has fared over the last 10 games can be factors in cashing in on a winning bet. The truth is stats don’t lie. [+]

They serve a valuable purpose, specifically in the betting world when you’re torn between taking a team on a three-game winning streak but aren’t strong on the road or when a team has won just two games out of their last 10.

At the same time, basing your decisions solely on statistics can backfire as well. There should be a consistent balance between numbers and general knowledge about the team you’re about to put your money on.

Inside The 10-Game Metrics

There are hundreds of stats in sports and following every one of them is almost impossible. But the deeper you dig to find worthwhile stats, the greater chances you’ll have of winning on your wagers.

The key is not to feel overwhelmed with all the analytics and advanced stats professional sports teams now utilize to gauge their club’s performance. Keep things simple by using the stats you understand. More importantly, use the ones that will enhance your chances of winning. We’re here to assist you with our Under the Numbers video series, which is designed to guide bettors to make smarter wagering decisions and use key statistics to their advantage.

How To Analyze Sports Statistics

What is the best way to determine which statistics are worth using while discarding ones that aren’t as important? It varies with every sport, of course, but there are general stats such as wins, losses and winning percentage that will help bettors make informed decisions when putting their money down. 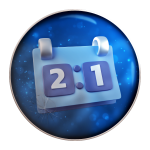 Home and away records

When you’re looking at standings — regardless of the sport — don’t just view wins and losses. A telling stat bettors often ignore is home and away records, which can often be determining factors in winning or losing your wagers. It’s typically not very wise to bet a large amount of cash on an away team with a losing road record, regardless of how hot they may be heading into their upcoming matchup.

Another helpful stat to consider is goals or points for during the season. The Washington Capitals boast one of the greatest offensive teams in the National Hockey League and should always be considered threats in any wager.

For instance, the Caps scored an Eastern Conference-leading 248 goals for and averaged 3.02 goals per game, which ranked second overall during the 2015-16 campaign. Factor in that the club had Vezina Trophy-winning netminder Braden Holtby between the pipes, so confidence in betting on the Capitals reached a new high.

The National Basketball Association is another sport where high-scoring teams can help you score on your betting slip. The Golden State Warriors are an easy team to put your money on when making an over/under wager. With Steph Curry and Klay Thompson — also known as the Splash Brothers — among the league leaders in three-point percentage every season, taking the over on many nights is the correct move. To put it into perspective how good the Warriors are from beyond the arc, Curry made a league-leading 402 three pointers during the 2015-16 season — 126 more than teammate Thompson, who finished second in the NBA. 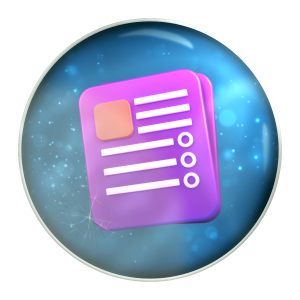 The Green Bay Packers proved that winning streaks could also pay off handsomely during the 2016 season when the club went on an eight-game victory ride. A lot of their success could be attributed to the play of Aaron Rodgers, who finished fourth in the NFL in passing yards with 4428. The Packers also had help from superstar wide receiver Jordy Nelson, who reeled in a league-leading 14 touchdown passes from Rodgers.

Preparation will translate to betting victories, that’s if you’re willing to put in the extra work. Ease into it and pick a few stats that may enhance your chances of coming out on top. As you get better at understanding certain stats, progressively build on your betting research.

Are you ready to put in the extra work before making an online sports wager? If you are, here are a few of the leading online sportsbooks to consider when putting your money down.