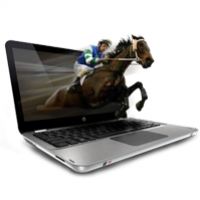 Tampa Bay Downs is one of the most popular horse racing destinations in Florida. Located just outside of Tampa and affectionately referred to as the “Oldsmar Oval”, Tampa Bay Downs has been a fixture since 1926 though the track has undergone several name changes throughout its history, including Sunshine Park and Florida Downs and Turf Club. The main track is a one mile dirt oval and inside of that is the turf course which was installed to rave reviews in 1998. The turf course is seven furlongs and also has a quarter-mile chute. [+]

Tampa Bay Downs operates live racing from the end of November until the beginning of May and typically races on Wednesdays, Fridays and the weekends. The track is open for simulcasting year-round and also operates a popular poker room, called The Silks Poker Room at Tampa Bay Downs.

It is always worth paying attention to the leading jockeys and trainers at a track like Tampa Bay Downs. There will always be the big barns that win everywhere – Todd Pletcher, Bill Mott, etc., but there are smaller operations that traditionally top the standings and are always worth consideration. Trainers Jamie Ness, Gerald Bennett and Kathleen O’Connell are always big contenders for the leading trainer title and riders Antonio Gallardo, Daniel Centeno and veteran Ronnie Allen, Jr. are jockeys to watch.

The track at Tampa Bay Downs is notoriously fair and well maintained. A bias, when the track plays for or against a specific running style, is reported minimally and when they do occur they do not last long.

Tampa Bay Downs is an ideal racetrack to watch young horses begin their careers and fans can potentially see a future star. Many prominent trainers like Christophe Clement, Graham Motion, Bill Mott and Todd Pletcher unveil promising three-year-olds early in the season with their sights set on the Triple Crown. Tampa Bay Downs does have a several Kentucky Derby prep races including the Grade 2 Tampa Bay Derby which offers the winner points towards a spot in the starting gate for the Run for the Roses.

There are six graded stakes races run throughout the course of the Tampa Bay Downs meet.

The $350,000 Tampa Bay Derby currently holds Grade 2 status and is one of the key prep races towards the Kentucky Derby. The race had always been a competitive one but became even more important in 2008 when Breeders’ Cup juvenile champion Street Sense used the Tampa Bay Derby as a stepping stone towards a win in the Kentucky Derby that year. In 2016, Destin set a new track record and completed the mile and a sixteenth in 1:42.82.

The Endeavor Stakes was inaugurated in 2000 and is run every February. The race is currently contested at a mile and a sixteenth on the turf and has Grade 3 status and a purse of $150,000.

The Endeavor Stakes has attracted some of the top turf females in the country over the course of a relatively short history and three winners of the race have won Breeders’ Cup races – Dreaming of Anna (2006 Breeders’ Cup Juvenile Fillies), Zagora (2012 Breeders’ Cup Filly and Mare Turf) and Tepin (2015 Breeders’ Cup Mile).

The Hillsborough Stakes is a Grade 3 event for fillies and mares and is run on the turf at a mile and a sixteenth with a purse of $200,000.

Like the Endeavor Stakes, the Hillsborough Stakes has an accomplished list of winners including Eclipse Award champions Dreaming of Anna, Zagora, Stephanie’s Kitten and Tepin. Todd Pletcher has saddled four winners of the race - Ready’s Gal (2006), Cassydora (2007), Phola (2010) and Old Tune (2013).

The Sam F. Davis Stakes is a key local prep race for the Tampa Bay Derby. The purse is currently $250,000 and the race is contested at a mile and a sixteenth on the dirt. In 2016, Destin was able to sweep the Sam F. Davis and Tampa Bay Derby double for trainer Todd Pletcher who has won the race a total of six times since 2006.

The Florida Oaks is restricted to three-year-old fillies and was inaugurated in 1984. Currently, the race is run at a mile and a sixteenth on the turf and holds Grade 3 status and a purse of $200,000.

There have been two fillies who have won both the Florida Oaks and the prestigious Kentucky Oaks – Luv Me Luv Me Not (1992) and Secret Status (2000) and both of those victories came when the Florida Oaks was still run on the main track. The race switched to the turf in 2011.