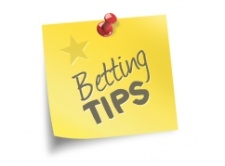 There are definite advantages of betting on your favorite team — that is of course if a specific club sits in first place or is riding a long winning streak you’d like to cash in on. However, betting with your heart, in many cases, can hurt your wallet in the long run. Keep track of trends and other statistical evidence that will strengthen your chances of coming out on top, rather than just throwing your money on a team that you admire. [+]

For instance, if you bet on the Toronto Maple Leafs a year ago, you were taking a huge risk considering the club was in the midst of a rebuilding season. The Leafs finished dead last in the NHL with 69 points, meaning putting your money on the Original Six franchise wasn’t a great idea at the time. After several key draft picks — including No. 1 overall selection Auston Matthews — the Leafs are now legitimate playoff contenders, which means even the club’s top fans can confidently put their money on the franchise.

For and Against Video Series

In our “For and Against” video series, we make it easier for you to bet with your head and not with your heart. This way, you’ll spend more time cashing in on those winning wagers, rather than opening up your pocket book to spend even more.

Betting On Your Favorite Team

Taking The Number One Seed

In episode 2 of For and Against, we dive into when it’s a good idea to bet on a #1 seed and when an opportunity to bet against the favorite should arises. It’s all based on the adjusted efficiency margin, a stat that’s simple to evaluate.

Why Bet On Baseball

There are just too many stats in baseball to dissect when planning a sound betting strategy. But if you take the right things into consideration, it’s actually easier to turn a profit than when betting on other sports.

Setting yourself up for success when placing a wager on a team can be as simple as doing research — whether it’s a trend or analytical based.

Much like the stock market, even the best stocks don’t move up in a straight line. The same goes in sports betting. If you were to place your money on the Chicago Blackhawks, you’re increasing your chances of winning considering the Central Division powerhouse club always seems to find itself near or at the top of the standings.

However, even the Blackhawks have off nights. The NHL schedule is a lot more taxing on players than ever before — some clubs even playing three games in four nights, putting even the top-ranked teams in vulnerable situations.

Keep track of schedules and follow trends such as how a specific team plays on the road as opposed to at home. If you want to dig even deeper, track a team’s shot performance throughout the season, especially in hockey. Typically, the higher a team’s Corsi — a stat that measures shot attempt differential — the more goals that club will score throughout the season. Look at it this way, goals equals wins, which in turn equals cash in your pocket.

Keep Your Emotions In Check

If betting on a specific team doesn’t go your way a few times, take a break from putting your money down on that club. Continuing to hammer down on a team that keeps losing with the idea that “they’ll win eventually” isn’t a good approach when it comes to sports betting.

Another mistake bettors often make is that not only do they bet on their favorite teams, but also put their money down on a club that feature their favorite player. Professional team sports are exactly that — a team sport. LeBron James is the best player in the NBA, but he can’t win games on his own, thus betting on the Cleveland Cavaliers just because you root for King James, won’t pay off in the long run.

Newcomers to the online sports betting scene should start small. Pick one game instead of going all in on a four-team parlay. Get a feel for your favorite online sportsbook and how to put your money down.

Follow these simple wagering tips and you will be a profitable bettor for many years to come.