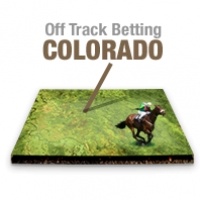 Arapahoe Park began live racing for the first time in 1984 and has run live racing every season since then, with one year-long hiatus in 1985. Horse racing continues to thrive at Arapahoe Park and the track offers racing for three separate breeds – Thoroughbreds, Arabians and Quarter Horses. The track is also active in the local equestrian communities and supports aftercare organizations that provide services for retired racehorses.

In 2014, Arapahoe Park introduced a special incentive to encourage their horsemen to race without administering race-day medication to their horses. For any trainer that wins without the use of a legal race-day medication such as Lasix, phenylbutazone, flunixin or ketoprofen, they will receive an additional $1,000 on top of the purse money.

There have been many horses at Arapahoe Park to have longstanding popularity among the local racing fans. In 2016, Lady Jila continued her rags to riches story when she became the first Thoroughbred in Colorado to win the same stakes race four times. She won the Columbine Stakes at Arapahoe Park four consecutive years from 2013 to 2016. The veteran mare had risen from the bottom-level claiming ranks to find success as one of the top distance horses on the grounds.

When wagering on a smaller track like Arapahoe Park, it is important to know who the leading trainers and jockeys are. Typically, a smaller track will have a competitive but close knit community and the top players remain the same. At Arapahoe, jockey Tracy Hebert took home leading honors for both Thoroughbreds and Arabians while Ramiro Garcia is a rider to watch with Quarter Horses.

The Colorado Derby is one of the premier stakes races that Arapahoe Park offers and is held typically in the middle of their racing season during the summer. In 2014, the race was won by New Mexico invader Rebranded who romped by double-digit lengths. The $40,000 race is contested at a mile and a sixteenth.

With a purse of $100,000 on the line, the Gold Rush Futurity has become a lucrative and appealing race for two-year-olds. As an evidence of the growing popularity of horse racing in Colorado, the race was bumped up to a six-figure race and has produced winners that have gone on to compete all around the country in graded stakes competition.

The Mile High Futurity showcases the diversity of the racing product at Arapahoe Park and features Quarter Horses. The race offers a lucrative purse of $130,000 and is run at the traditional distance of 400 yards.

Off Track Betting (OTB) Bureaus and simulcast wagering came to Colorado in 1991 when the Colorado government approved limited stakes gambling which resulted in relaxed gaming laws. The following conveniently located OTB sites are available to horse racing enthusiasts who can’t make it out to Arapahoe Park.