How to Bet on Wolverthampton Wanderers 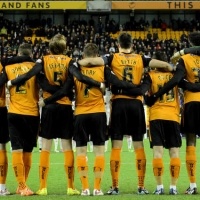 Wolverhampton Wanderers, better-known simply as Wolves, returned to the English Premier League for the first time in six years when they took the Championship by storm and finished last season as worthy champions.

Traditionally, teams promoted from the Championship as champions have a better chance of staying in the Premier League the following season compared to those promoted via in second-place or via the playoffs. This Wolves team has the potential for a top half of the table finish in their first season back in the top flight.

Part of Wolves’ recent success is the club’s relationship with super-agent Jorge Mendes, the man who manages the likes of Diego Costa, David de Gea, Jose Mourinho and Cristiano Ronaldo. The Wolves management team have been able to tap into Mendes’ resources and have several players on their books who have UEFA Champions League experience!

Wolves dominated the Championship in the 2017-18 season, the year they went up as champions. They scored the most goals, conceded the second-least number of goals, recorded both the most home and away wins, had the most clean sheets and the second-most passes. Can they transfer this incredible form into the Premier League? Only time will tell.

Wolves play their home fixtures at the 32,050 capacity Molineux Stadium in the heart of Wolverhampton in the Midlands. It was the first stadium in Britain to have floodlights installed, but it has come a long way since then and is now one of the best stadia in the country.

Are Wolves playing at home in their next game? What are their odds of winning? Let’s find out via the awesome widget below

Having been promoted as Championship champions and with the squad having several major stars, Wolverhampton Wanderers fans are confident of a finish in the top half of the Premier League table. How close are they to achieving those ambitious goals? The current Wolves standings can be seen in the table below.

Can Wolverhampton Wanderers Finish in the Top 10?

Several Championship managers and club owners complained about Wolverhampton Wanderers having access to a wealth of talent thanks to the club’s relationship with Jorge Mendes, but it looks to be a case of sour grapes by those people because Wolves walked away with the title.

Wolves won 30 of their 46 games in the Championship, drew nine and lost only seven. They scored an impressive 82 goals and conceded 39 goals on their way to accumulating 99 points.

Part of Wolves’ success was the personnel they have in the squad. They paid a club record £15.8 million to secure the services of Ruben Neves from FC Porto of Portugal. Neves is still the youngest Portuguese to play in the Champions League and score in it.

Then there is the £12.2 million man that is Diego Jota. Wolves signed Jota on loan from La Liga giants Atletico Madrid and made the deal permanent towards the end of their promotion season. Jota finished as the club’s top scorer that season, banging in 17 goals from his left wing position.

Wolves will likely give a good account of themselves during their first season back in the top flight. You don’t score an average of 1.78 goals per game and concede only 0.85 per game without having a team that works from back to front.