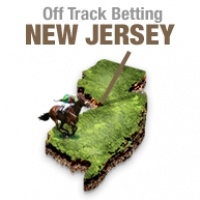 New Jersey has always been a state that has been synonymous with gambling. From casinos to horse racing, there is something for everyone in the Garden State. New Jersey is home to major racetracks – Monmouth Park, Freehold and Meadowlands – as well as numerous gaming establishments and off track betting facilities. One of New Jersey’s original racetracks, Atlantic City Racecourse, closed permanently in 2015.  [+]

Horse racing has been part of the landscape in New Jersey since the 1830s and the state also supports a quality breeding industry for both Thoroughbreds and Standardbreds. Freehold Raceway is the oldest racetrack in the country. New Jersey has a rich gaming history and has been one of the most influential states in the evolution of horse racing in America.

While there are plenty of options to get in on the horse racing excitement in New Jersey, sometimes it is not possible to make it to a racetrack, casino or off-track betting parlor in person. When that is the case, check out one of these recommended online racebooks so you won’t have to miss a minute of the action and can play from your computer or mobile device.

There are several options for horse racing in New Jersey, both of the Thoroughbred and harness racing variety.  Each track features competitive day to day racing. It also hosts several major stakes races each year which attract some of the top names in the sport.

Monmouth Park, known affectionately as “the Shore’s greatest stretch”, is located on the Jersey Shore in Oceanport. The track is a summer destination for both racing fans and horsemen alike and live racing typically begins in May and runs through September.  The track has a one mile dirt oval and a seven furlong turf course.

Monmouth Park opened in 1870 and their premier race is the $1 million Haskell Invitational, a Grade 1 event for three-year-olds. The Haskell was run for the first time in 1968 and has developed a rich history of attracting some of the best sophomores in the nation including Triple Crown champion American Pharoah in 2015. No trainer has been more dominant in the Haskell Invitational than Bob Baffert who has won the race eight times – Point Given (2001), War Emblem (2002), Roman Ruler (2005), Lookin at Lucky (2010), Coil (2011), Paynter (2012), Bayern (2014) and American Pharoah (2015).

Freehold Raceway has the distinction of being the oldest operational racetrack in the country and live horse racing has been held at the track, located in Freehold Borough, since the 1830s. The track is a half mile surface that is used for Standardbred harness racing. The track hosts two separate racing seasons each year – they race from New Year’s Day through May and then racing picks up again in September, going through to mid-December.

Freehold Raceway is home to the Cane Pace, a prestigious race which is part of the Triple Crown of Harness Racing for Pacers.

Meadowlands Racetrack, known as “the Big M” and located in East Rutherford, is home to both Thoroughbred and harness racing. The track opened in 1976 and has a one mile main track and a seven furlong turf course. The turf course is used only when Thoroughbred racing is in season which is typically in the fall after the Monmouth Park meet concludes.

Harness racing is held from November through August each year and the marquee event is the $1 million Hambletonian, the first leg of the Triple Crown for Trotters. It is a prestigious race with a rich history dating back to 1926 and attracts some of the best Standardbreds in the country.