How To Bet On Houston Dynamo 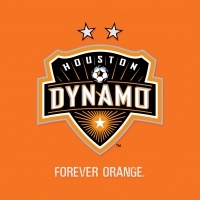 Houston Dynamo are part of the Western Conference of Major League Soccer and have been since their inception in 2006. Dynamo took to the MLS like a duck to water, finishing second in the Western Conference four times in its first six season, winning the conference once and both winning and losing two MLS Cup finals. Since finishing as MLS Cup runners-up in 2012, Dynamo have been spiralling in a downward trajectory. Fifth place in the West during 2012 was followed up by a slight improvement to fourth in 2013. [+]

Houston finished eighth in2014 and 2015, while they were rooted to the bottom of the Western Conference in 2016.

If the Dynamo want to bring back some glory for their loyal fans, they need to vastly improve their away form. It was one of the worst on the road records in the league, while their home record wasn’t particularly good either, only winning five of their 17 home matches.

Stay informed about Houston’s next match with our full fixture list, all of which include the game odds. You’ll be happy you took the time to preview the club’s next match before placing a wager.

Have a look at Houston’s schedule for the upcoming season so you can stay informed and make the wagers that give you the best chance of cashing in.

Take a look at the current at where Houston reside in the standings. Are they on course for a playoff spot, or is it looking like another long season?

Like the majority of MLS teams, Houston Dynamo are a completely different team at home compared to on the road.

Pay attention to the schedule and look for the El Capitan clash between Dynamo and FC Dallas. It is a fiercely fought encounter Dallas has dominated in recent years, winning six of the nine battles, drawing and losing one.

In 2017, the sides meet each other three times during regular season, but only one match is at Houston’s BBVA Compass Stadium home.