How To Bet On Vancouver Whitecaps 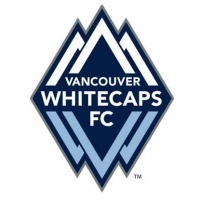 The Vancouver Whitecaps are one of three Canadian franchises playing in the MLS, doing so from their BC Place stadium. Although the Whitecaps were founded some 43 years ago, in 1974, they played their first MLS season in 2011 when they finished ninth in the Western conference and 18th overall. The Whitecaps’ best season was in 2015 when they finished second in the Western Conference and third overall, but their poor playoff record continued as they fell in the semifinals.  [+]

The Whitecaps endured a disappointing 2016 season as they languished in eighth place in the Western Conference while their Canadian rivals flourished in the East.

The Whitecaps lost 15 regular season games in 2016, the second most in the MLS. Head Coach Carl Robinson needs to rectify his side’s soft underbelly if he is to guide them back to the playoff places in 2017.

Interested in placing a bet on the Vancouver Whitecaps? Then you had better check out who the Whitecaps’ next game is against, where it is being played and what the betting lines are.

You will find the full Vancouver Whitecaps regular season schedule below, but keep an eye out for matches against Portland Timbers and Seattle Sounders as these are fiercely fought rivalries with which the Cascadia Cup is comprised.

Whitecaps’ fans will be hopeful of a return to the playoffs in 2017. Keep track of their progress by regularly referencing the standings.

The Whitecaps have a new, exciting player on their roster for the 2017 season, Columbian forward Fredy Montero.

Montero scored 47 goals in 119 games for Seattle Sounders between 2009-2014 and returns to the MLS hoping to show off his skills on U.S. soccer’s biggest stage.

Montero will be a useful addition to the squad, especially when you consider the Whitecaps failed to score in 10 of 34 games in 2016, with nine of those games occurring on the road.

Nineteen Whitecaps games had over 2.5 goals, 11 of which having more than 3.5 goals. So betting the over is a good rule of thumb when betting on Caps’ games.