How To Bet On Portland Timbers 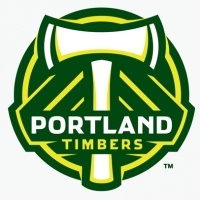 The Portland Timbers were founded in 2009 and first played in the MLS in the 2011 season. In their inaugural season, the Timbers finished sixth in the Western Conference before slipping to eighth the following year. Massive improvements in 2013 led to the Timbers winning the conference title before reaching the semi-finals. The team couldn’t replicate that success in 2014 and fell to a disappointing sixth place, before rallying again in 2015 when they finished third and won their first MLS Cup.

Last season was another disappointing one for the Timbers as they languished in seventh place and missed out on the playoffs. Although they were immense at home, Portland failed to win a single away game during the regular season.

You’ll want to see who the Timbers play next game to make the most informed wager. Keep tabs on their weekly matchups below and take note of the game odds, too.

Keep tabs on Portland’s schedule and make sure you don’t miss a fixture. Things will heat up extremely fast during this year’s MLS season.

Don’t neglect the standings, as it can be your guiding light for betting on the Portland Timbers. It’s crucial to know where the team stands in order to place winning bets.

It must be frustrating to be a supporter of the Portland Timbers. You turn up to home games and see your team sweep aside even the very best teams in the MLS, but then loyally follow them on the road where they are often roll over.

During the 2016 campaign, Timbers went 12-3-2 on home soil, scoring 35 goals and conceding 21. Away from their Providence Park home, Timbers posted a 0-6-11 record (including losing their last seven in a row), scoring a mere 13 times and allowing 32. If the Timbers don’t address this problem, it is going to be another long, disappointing campaign.