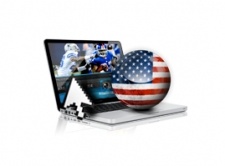 New Hampshire is not a sports state in the conventional sense. They have no professional franchises within their lines, and there are no college programs of significance. But don't twist this to mean New Hampshire is a wasteland for athletic interests. Their proximity to other big-time sports towns allows them to prop up the full fan experience—namely thanks to the Boston Celtics (NBA), New England Patriots (NFL, Boston Bruins (NHL) and Boston Red Sox (MLB).

On-site sports betting is illegal in New Hampshire. Online gambling is, as always, fine because it's not specifically denounced. And residents should count themselves as lucky that it's not, as New Hampshire has only just started to come around to the idea of casinos.

Some Casinos, But Not Many

Casinos in New Hampshire are not your typical gambling establishments.

First of all, there aren't that many. Second of all, they're all very small, some of them mixed within bars and billiards rooms. And finally, they're not peddled as an extended destination. Hotels aren't attached to them, though there are ones nearby, so going to them is more of a one-evening event or day trip rather than a weekend getaway-type deal.

Quirks with Casinos and Poker Rooms

The increasing number of casinos and poker rooms are subject to more stringent rules and regulations than many other places in the United States.

For starters, basically every place operates under the charitable headline. This means their profit margins are forever limited: 55 percent of all they make goes to operating costs; 10 percent goes directly to the state; and the remaining 35 percent must be donated to charity.

Foot in the Door of Fantasy Sports

New Hampshire, surprisingly, was among the first 14 states to formally recognize daily fantasy sports as a legal game of skill. They signed into existence a bill allowing residents to participate in contests run by sites like Draft Kings and FanDuel midway through 2017, with the caveat that any fantasy sports pertaining to youth, high school and college athletics be specifically disallowed. This has little bearing on DFS enthusiasts, since most of the major companies in the industry have struck collegiate contests from the ledger altogether.

Despite Some Perception, Lottery is Legal

Certain literature on the internet depicts lottery participation as illegal in New Hampshire. This just isn't true. The process is outdated, and declining, but not illegal. There's a big difference.

New Hampshire's lottery problems stem from a failure to update their procedure. They don't offer as many game options as, say, the neighboring Massachusetts, and they make a smaller piece of the cumulative pie available for winnings. They've tried to offset this by not charging any state taxes on winnings, but in reality, it makes more sense for them to keep a slightly smaller, albeit still large, share of the money generated from lottery play.

Please see below for a more specific breakdown of what betting types are and aren't allowed in New Hampshire at this time.

Due to the absence of professional teams in New Hampshire, we will split our focus between in-house squads and the most popular professional factions that are located outside state lines.

No NBA team is more decorated than the Boston Celtics.

Some like to invalidate the Celtics' standing due to Russell's reign. His Celtics teams ran roughshod over the rest of the NBA, winning eight consecutive championships through the mid 1950s and 1960s—half of Boston's total title count.

And, for the record, this is dumb. Yes, the league was smaller, and it was easier to win. But the Celtics have still churned out Hall of Fame talent more often than other franchises. If nothing else, they deserve credit for the most recent iteration of the team, a squad that is currently set up with enough high-end youth and established star power to remain relevant in the championship discussion for the next 10-plus seasons.

Given New Hampshire's proximity to Massachusetts, the state's favorite MLB team is the Boston Red Sox. Four years removed from their World Series victory in 2013, they continue to act as a primal professional sports interest in New Hampshire—and it's not hard to see why.

Forget closeness, or New Hampshire's total absence of other options. The Red Sox are one of the few MLB teams that never appear to endure protracted stretches of irrelevance. Even during their century-long non-championship drought, they were consistently among baseball's most competitive units. That rings just as true these days. They spent two years below .500 after winning the World Series and have since returned to piling up victories at a 90-plus win pace.

The New England Patriots are the favorite NFL team across more than five states. It only makes sense that they could capture the attention of a region such as New Hampshire that is so very close to Foxborough. Obviously, all the winning helps. A lot.

Tom Brady took over as the starting quarterback for good in 2001, and since then, the Patriots have won less than 10 games just once, while missing the playoffs only twice. This current era has spanned six Super Bowl appearances and four championships. It is by far the most dominant dynasty the NFL has ever seen, which gives football fans in New Hampshire plenty to cheer about. And that's not about to change anytime soon.

Brady may be pushing 40, but the Patriots wrapped a Super Bowl campaign in 2016 and, with him still under center, are once again the favorites to win it all in 2017.

When you factor in the New Hampshire Motor Speedway, the state really isn't without a professional sport. The 88,000-person track is home to a multitude of NASCAR series, giving residents and visitors a taste of a sport most popular in the Midwest.

Put in this context, New Hampshire is a more diverse state than most, placing stock not only in surrounding major sports teams, but NASCAR as well.