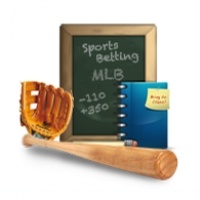 We’ve all heard the term “defense wins championships.” While that stands true for many professional sports, the specific kind of defense in Major League Baseball wins championships. There’s a way of breaking down defensive stats that actually matter, mostly for bettors looking to cash in on a specific MLB team. This is called Ultimate Zone Rating —  a method bettors can tap into to track the defensive stats will help make them extra cash on their wagers.

Using errors to judge defenders can be a risky manoeuvre, mostly due to the fact they occur few and far in between. An error is only charged when a player touches — or essentially — boots the ball. In fact, errors and fielding percentage stats account for less than three percent of batted balls.

Outfielders that misjudge fly balls off the bat of their opponent, which eventually fall to the ground untouched, is what can really determine wins and losses.

Ultimate Zone Rating breaks the outfield into separate areas and indicates per zone how many defensive plays are made in each section compared to the average. A positive number indicates a team is strong on defense and makes more than the average number of plays. A negative rating signifies a team’s defense is performing below par for the season.

As an example, a player with a +15 rating is considered a Golden Glover. Toronto Blue Jays outfielder Kevin Pillar, who is regularly on the highlight reels, had an incredible 21.4 UZR rating during the 2016 season.

A player who is +10 is considered great and +5 is above average. A -10 is poor and -15 is reason enough to yank that player from your defense altogether.

Baltimore Orioles outfielder Adam Jones was a beast at the plate, hitting 29 home runs in 2016. However his defensive play atrocious, as Jones had a forgettable -10.1 UZR rating. Even Texas Rangers second baseman Roghned Odor, who jacked 33 home runs to go with 88 RBI, had a 12.8 UZR in 2016.

In a nutshell, UZR puts a run value to defensive play, breaking down how many runs a player saved or surrendered through their performance on the field. There are a handful of crucial components to track when using the UZR method.

The first is Outfield Arm Runs — the amount of runs above average an outfielder saves with their arm preventing runners from advancing.

Another factor is Double-Play Runs (DPR), which tracks the amount of runs above average an infielder is by turning double plays.

Most bettors won’t put in the required research to break down Ultimate Zone Rating percentage. However, sportsbooks certainly will, so it’s crucial to have relative knowledge about UZR before embarking on a MLB wager.