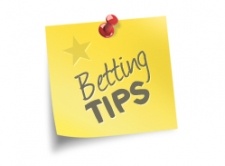 Part of what makes sportsbetting so fun and engaging is all the different types of wagers you have the ability to make. You can change up your typical gambles to keep things fresh. You can decide which bets you're making based on the sporting event in question. You can tinker with your approach depending on what the night's and week's slate of upcoming games, across all sports, looks like. It's a truly wonderful thing. This wealth of options can be a tad overwhelming, though. [+]

You first and foremost need to understand what every type of bet is, how it works and then decide which kinds are best for you.

Fortunately that's why we're here: to explore all these different bet types. So keep it here with us as we arm you with the knowledge necessary to come out on top at the sportsbooks!

Check out the below table for some of the best odds in the business, and then be sure to read on for description of different bet types.

Over and under bets are all about the final score. You're wagering that two teams will combine for more or less than a certain number of points.

Say it's March Madness in the college basketball world. The Duke Blue Devils and North Carolina Tar Heels are squaring off in the big dance, and the sportsbooks set the over/under at 156. If you bet the under, you're banking on the squads combining for 155 points or less, whereas betting the over says they'll total 157 or more points.

Moneyline bets are all about the straight outcome. You're betting on which team will win. End of story.

When playing the futures game, you're betting on an outcome that hasn't happened yet. This is most common as it pertains to team win totals and championsip odds.

Let's use the NBA's Cleveland Cavaliers as an example. If their chances of winning the NBA Finals at the start of the season are set at +200, you will win $200 for every $100 you invest in these odds.

Future odds are very fluid and change throughout the season, so make sure you have up to date information before placing any wagers.

Parlay wagers entail combining two or more separate bets into one. You only win the resulting wager if every outcome you select proves successful.

For instance, let's say you're an MLB bettor who wants to work the moneylines. On this night, the New York Yankees are playing the Boston Red Sox, while the Philadelphia Phillies are squaring off against the San Diego Padres. If you parlay the Yankees' and Phillies' moneylines, but one of them loses, you won't win any money. Should they both be victorious, though, your bet will have been successful.

Parlays, while more difficult than any other wagers, typically yield the best returns. Keep that in mind if you're into higher-stakes, higher-profit betting.

Props betting is an off-beat form of sports gambling that has gained popularity in recent years. You aren't betting on a final outcome or score. Instead, you're betting on specific events that happen during the game—a game within a game.

Scenario: It's a the Stanley Cup Finals in the NHL. The Pittsburgh Penguins are facing the Chicago Blackhawks in the second game of a best-of-seven series. You will be able to place bets on which team scores the first goal, in addition to which player is the one to make that goal. You can wager the over/under on the number of saves either of the goalies gets, plus the number of goals either lets up.

Things like that make up prop betting—which, at its core, is a more lighthearted version of sports gambling.

Betting college football can be a roller-coaster experience. With so many teams and so many games, there are as many opportunities to hit a big win as there are to swing and miss, and less than in the pro game, the year-to-year turnover of players or sudden emergence of a new star player can have a big impact on the chances of any team winning a championship.
Read this article
Betting Picks - 06/08/17
Best NFL Players Futures Bets

It’s only a few more weeks before the 2017 NFL season kicks off on Thursday, Sept. 7. Preseason games have started. It’s time to put that game face on. Oddsmakers have made Tom Brady, who recently turned 40, and his Super Bowl champion New England Patriots the team to beat again this year.
Read this article
Betting Picks - 30/01/17
Super Bowl MVP Predictions

Winning a Super Bowl MVP trophy instantly puts you in elite company with all-time greats like Joe Montana, Emmitt Smith, Ray Lewis, among others. Who will join the list come Super Bowl 51? Check out who the favorites are to win it this year!
Read this article
Betting Picks - 05/02/16
NFL Super Bowl Weekend: Best Prop Bets

The Super Bowl is oh so close and now is the time to start laying down some money on some of the hundreds of prop bet options out there. We are here to highlight the top 5 prop bets to make for Sunday's spectacular.
Read this article