What Are Prop Bets 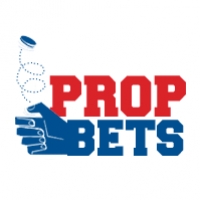 Props bets are gaining serious popularity within sportsbetting circles. They are a nice change of pace from big-picture wagers that tie everything to game and season results. Though they are most popular during the NFL playoffs, specifically in advance of the Super Bowl, you can usually find prop wagers for just about every game, no matter the sport or time of year. So while it's a bit more light-hearted than your average bet, it's important to understand what prop wagers are. [+]

The important thing to remember on these gambles is that you're essentially playing a game within a game. Instead of betting on a winner or loser, a total score or a spread, you're plucking out one aspect of the event in question and turning it into a bet all its own.

In the NFL for instance, you can place wagers on whether a quarterback will exceed 300 passing yards. Or whether a player will rush for or catch a certain number of touchdowns. You can even bet on the result of the pre-kickoff coin toss and which team or player will be the first to score.

Similar logic and bet types apply across all sports. These wagers typically focus on the over/under on a certain event occurring, but in instances like the coin or deciding which player/team will strike first, you're betting on a more exact result.

When & Why Use Prop Bets

Prop bets, if nothing else, keep things fresh. They allow people to branch out their betting limbs, while offering far more variety.

These wagers are valuable for any number of reasons. It's a taste thing for some people. For others, they feel more confident betting on specific aspects of a game—such as the number of touchdowns scored in the first half—rather than the entire result.

And then there are those who just bask in the different kinds of betting options. They aren't satisfied merely betting on a game's over/under, moneyline or spread. They want more. Prop bets give them that opportunity to expand their potential returns.

Though props can be placed just about whenever, investing in them prior to championship games and rounds is always best. That's when sportsbooks will offer their most extensive list of prop possibilities. Your options are usually curtailed if it's just another matchup.

That's why the Super Bowl is such a popular prop-betting spectacle. Sportsbooks know a ton of people will be watching and gambling on the game, so they're willing to deepen their bag of options. So if you're interested in really sinking your teeth into this method of sports gambling, test your mettle during the playoffs and championship rounds, when you'll have as many different options as possible at your disposal.

The best prop bets will always be the ones that aren't solely tied to luck.

Fortune, both good and bad, is a part of every wager we make—even skill-based ones. But you can research teams, play styles, injury reports, records, previous results and all that good stuff to give yourself an edge when investing in moneyline, over/under and spread bets. The same logic should be applied to prop betting.

Sure, it's fun to bet on the coin toss in the NFL. It's hysterical that, ahead of the Super Bowl, sportsbooks consider "Wardrobe Malfunction During Halftime Show" a legitimate wager. But those gambles are truly left to chance; they are dice rolls, not something you have any hope of predicting with insight.

The over/under on a quarterback's passing yards. The player who will score the first bucket in the opening game of the NBA Finals. The team that will hit the first home run during Game 7 of the World Series. Will Lionel Messi score multiple goals? What's the over/under on the number of saves Henrik Lundqvist will have when the New York Rangers face the Los Angeles Kings in the NHL's Stanley Cup.

All of those aforementioned scenarios, while widespread, are outcomes you can at least try deducing. And, as such, they're the ones you should focus on when betting props.

If you want to traffic in the more fun-loving, ridiculous wagers, that's fine, too. But do yourself a favor and don't invest substantial money in them. You'll end up regretting it later if you lose.

In fact, as a rule of thumb, it's never the best idea to tie significant money to futures. There is more chance involved even in the most ideal wagers. Betting on game and series outcomes gives you a greater margin for error and, thus, increases the value of logistical reasoning.

In other words: Make sure you're doing props betting on the side, for fun or to turn a small profit. Don't make a sportsbetting career out of it.