What Is A Parlay Bet 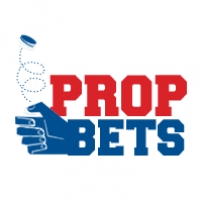 Are you looking to increase the size of your return on your bets without shelling out more money? Of course you are. Or at least you should be. This where parlay betting comes in. It allows you to combine multiple wagers into one collectively dependent bet that drums up the monetary value of your return on successful gambles. These types of bets should be part and parcel of every sports gamblers repertoire, if only because it introduces variety into the equation. [+]

Some sportsbooks offer cross-sport parlays, allowing you to combine NFL, NHL, NBA, MLB, college basketball, college football and any other events you can find. So parlays become a useful tool if you're a multi-sport bettor who is sitting on numerous wagers across different platforms that you deem sure things.

What Is A Key Parlay Bet

Parlay betting sounds useful and lucrative, because it is. It's also not for the faint of heart.

Getting one bet right is hard enough. Incorporating two or more outcomes into the equation can be maddening. The margin for error when two separate bets rely on one another is thin—far thinner than you're used to.

The New England Patriots are a four-point favorite over the Denver Broncos and the Dallas Cowboys are a six-point favorite over the New Orleans Saints in the upcoming week. Rather than taking the Patriots and Cowboys in mutually exclusive wagers, you can parlay their favorite status. In this scenario you're betting a fixed amount—say, $100—on two different outcomes. Your potential return will be higher than if you placed separate wagers, while your initial investment will be less.

But if one of the Patriots or Cowboys fail to cover, you lose. Both bets need to hit in order for you to collect your winnings. It's an all-or-nothing situation.

So take parlay betting seriously. It's valuable in function but demands thoroughness in practice. You shouldn't be haphazardly melding the outcomes—spreads, moneylines, over/under wagers—of two or more games together just because. Stick with what you know, and what you're most confident in. That gives you the best chance of coming out on top, with a larger return that didn't force you to increase your original investment.

What Do Parlays Pay?

There is not necessarily a set scale when it comes to parlay payouts, because so many different factors are involved. However, if you're strictly parlaying spreads, there is a generally accepted payout structure.

Here's an example, and again, we are dealing solely with multi-team spread bets:

This is just one example. Remember that these scale can vary based on the sports and oddsmakers.

You'll notice that the odds jump as you move up in number because it's much harder to be successful when you're going beyond four- and five-team parlays.

These wagers can be fun to concoct, but the odds of winning are so stacked against you, it's a good idea to monitor how much money you're allocating to this combination. Even the most aggressive bettors will curb their spending totals when they're trying to predict multiple spreads.

In addition to parlaying spreads (and over/under wagers), you have the ability to work with moneylines alone. The pay scale with drop dramatically when betting on just potential winners (unless they're underdogs), but you also don't have to worry about team's covering certain point margins.

Rolling with moneylines is best when you're looking to bet on favorites who are expected to cover large spreads. Consider this mock NFL schedule:

You won't want to parlay all these spreads. It's too difficult; they're too large. It detracts from even betting spreads on one game.

On the other hand, you don't want to bet on single-game moneylines. The payout will be so small when betting on favorites, and while the return on underdogs will be huge, the large spreads suggest those outcomes are beyond unlikely.

Change your approach to betting strictly winners, and you'll be able to assemble a six-team parlay that pays out significantly more without subjecting you to perfection on the spreads. You'll be able to bet on the team you think is going to win, free and clear, no matter who it is.

Building extensive parlays when betting the moneyline in college basketball is particularly useful.

You don't want to follow this approach during the March Madness tournament, but the rest of the year is fine. College favorites are typically so dominant, so noteworthy, you can pick a winner just by looking at the size of the line. Combine a bunch of heavyweight favorites into a moneyline-only parlay, and you'll be looking at a good-to-great return without assuming nearly as much risk.