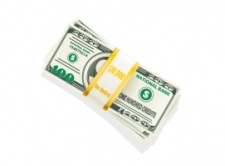 Life today is all about making everything you do more interactive, so why should watching your favorite TV shows be any different? Why not put a wager down on the next Academy Awards? You can play the stock market, or you can make plays on the stock market. Politics and religion are always hot button topics and are also available for betting purposes. You'll find a vast array of wagering opportunities beyond sports at any of our partner sportsbooks listed below.

Well, that didn't take long. Just days after former U.S. vice-president Joe Biden suggested he could beat up sitting U.S. President Donald Trump, and Trump tweeted that he could take Biden out with little effort required on his part, Bovada already had posted a betting line, just in case the two accepted the challenge and stepped into the squared circle. Trump, by the way, opened as the -140 favorite.

Over at BetOnline, you will find regular lines offered on eSports events such as Dota2 and Counter-Strike. They already are taking future bets on who will win the 2020 U.S. Presidential election, with Trump the favorite at +200, Elizabeth Warren (+1200) the Democratic front runner, and some wildcard choices including Dallas Mavericks owner Mark Cuban (+8000) and actor George Clooney (+10000). TopBet offers prop wagering on whether Trump will resign or be impeached.

Throughout the network television season you will find wagering offers at these sportsbooks on the outcome of reality series like the X-Factor and Big Brother, as well as stand alone awards events such as the Oscars, Grammys and Emmys.

The Oscars are the Super Bowl of awards shows, so it's not surprising then that they generate a signifcant level of wagering action on the outcome of the major awards of the night each year. In 2018, the Oscars were a runaway night for favorites. The favored Shape Of Water carried the day as best picture at odds of +140. Likewise, the chalk held forth in the best actor category, where Gary Oldman won for his portrayal of Winston Churchill at overwhelming odds of -2500.

It was the same story in the best actress category, where Frances McDormand capture the Oscar for her work in Three Billboards Outside Ebbing, Missouri. She was also favored at -2500. Likewise, best supporting actor winner Sam Rockwell (-800), best supporting actress champion Allison Janney (-600) and best director winner Guillermo Del Toro (-1000) were also solid favorites in their respective categories.

Favorites captured 15 of the 16 major awards up for grabs. You had to go way down the list to locate an upset. In the best documentary feature category, Icarus (+300) toppled Faces Places, which was favored to take the Oscar at -300.

You certainly could view playing the stock market as a giant gamble, but some gambling experts are citing business betting, the art of gambling on outcomes in the financial world, as the newest form of digital gaming. Financial betting operates within four significant markets - shares, indexes, commodities and Forex.

Shares are stocks in individual companies. Indexes are groups of shares that are gathered collectively into a certain industry such as oil or health care. Commodities are items such as precious metals. The Forex covers the world currency market and is short for foreign exchange.

Whether betting on the stock market, as opposed to investing in the stock market is better for you depends upon the individual. But one of the key differences is that when you bet on the stock market, the action and the fun happen with far more ferocity. You don't have to pay brokerage fees, you don't need to know every nuance of the market and you certainly need not worry about government regulations. And if today is a bad day for you on the market, you aren't stuck with the same dud stocks tomorrow.

Esports are the fastest-growing sports industry out there, in both sports and non-sports gaming. The major leagues of sports have taken notice, and leagues like the NBA and NHL are organizing Esports tournaments, with plans for season-long compeititions featuring teams of gamers representing every club in the league. The same holds forth in the non-sports gaming world, where international competitions are offering big-money prizes and competitive leagues are organized around the globe.

This has not gone unnoticed by the top online sportsbooks, which have been offering wagering on major Esports events for quite some time. The advantage for you as a bettor is that it's no different than wagering on an actual hockey or football game. The lines are the same, and you'll follow the same patterns and trends that you would if you were betting on real games. There are going to be good teams and bad teams, and your job is to decipher these elements and bet accordingly.

The oddsmakers at the major sportsbooks take Esports just as seriously as they do actual sporting events, so you can rest assured the odds will be carefully assigned on each event.

Fantasy sports was for many years the domain of office pools, college dorms and man caves. You played with your friends, threw a few bucks into a kitty, chose players to form your teams and played season-long competitions utilizing real players from leagues like the NBA, MLB and NHL, or weekly games in an NFL fantasy league, determining how the prize money would be divvied up between yourselves.

With the advent of technology, some smart minds came up with the notion that fantasy sports could go world wide. Today, organizations like FanDuel and DraftKings have taken fantasy sports to the mainstream and turned it into a billion-dollar industry. While the concept remains the same - choosing a team of players to compete against other teams in a pre-determined points race - the chance is now there to earn thousands, even millions of dollars playing fantasy sports games.

With daily payouts, these games provide the same action that you'd get by wagering on the actual games, although there are ongoing legal battles as to whether these daily fantasy competitions are gambling events or games of skill, a line further blurred as these daily fantasy sports companies cross-promote with online gaming entities.

The 2016 United States Presidential election was one for the ages, and not merely because Trump turned out to be the surprise winner. It also generated the largest amount of wagering ever placed on a U.S. election. More than $130 million in wagers was handled on the outcome between Trump and Hillary Clinton after sportsbooks took just $50 million in bets on the 2012 election when Barack Obama defeated Mitt Romney.

Political wagering tends to be more a niche event with bettors, in comparison to the amounts wagered on major sporting competitions, but certainly the name recognition of Trump helped to drive wagering in 2016, and continues to do so today. There are sportsbooks currently offering prop wagers on whether Trump will be impeached or resign the Presidency. At the same time, there are future books offering bets on who will win the 2020 U.S. Presidential election, and Trump is the betting favorite.

The U.S elections are not the only popular form of political wagering. Millions of dollars was wagered on the outcome of Brexit, Britain's decision to depart from the European Union.

Pope Francis has certainly changed many people's perspective of the Catholic Church, but it may be Pope Benedict XVI who changed the perspective when it comes to wagering on who will be the next Pope. When Pope Benedict opted to step down and retire, rather than serve until his death which had been Papal tradition, it opened up the possibility that Pope Francis may choose to do likewise, meaning another election for Pope could come sooner rather than later.

That opened up an entire avenue of future book wagering on the next Pope, and there is a chance we could also see our first North American pope. Canadian Cardinal Marc Ouellet, who actually led the balloting for Pope in the last election after one round before succumbing to the current Pope Francis, is listed as co-second favorite to be the next Pope by William Hill at +700.

The wagering on the last Papal election reached into the multi millions, so make no bones about this process, it is big business for the online sportsbooks. And it's nothing new. There is evidence that there was wagering on Papal elections going back into the 1500s.

Why would anyone want to wager on events that are fake, with scripted, pre-determined outcomes? Well, if you are asking that question, it's a safe bet that you aren't a fan of professional wrestling. The WWE is the gold standard of the grappling crowd and while you can't make regular wagers on their bouts, when the major WWE events are staged, you most certainly can.

Wrestlemania, the WWE's version of the Super Bowl, draws plenty of wagering action each year, mainly because it pits star against star, so you can't be certain going in who the likely winner will be. But because these events are scripted and there are people aware of the outcome in advance, sportsbooks will limit how much you can wager and the amount you can win on any WWE event. You will seldom win more than a few hundred dollars wagering on the WWE.

That doesn't mean there isn't money to be made. There have been some major upsets at Wrestlemania. John Cena won the main event at Wrestlemania 26 at odds of -410. The Undertaker took out Triple H in Wrestlemania 28 at whopping underdog odds of -900.