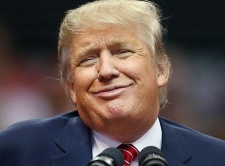 When you get right down to it, politics is very much like sports. It's heated competition, rule bending is not uncommon and the team that is willing to dig deep, pay the price and do the dirty work the best is generally the one that comes out on top. All of the major online sportsbooks view it this way as well, so you will not have to look far to find solid wagering odds on political events taking place world wide.

Why bet on politics?

Where to bet on politics?

The political field has proven to be a very hot button marketplace for wagering dollars in recent years, and the wise bettor could make quite a bit of profit with a few shrewd wagers. Who would have ever taken Donald Trump's candidancy for U.S. President seriously at this stage prior to the 2016 election? Those savvy enough to read the changing landscape and get on board the Trump train early in the process via a future book wager would have certainly cashed in a huge ticket.

Likewise, there was plenty of action on the Brexit outcome in the United Kingdom. On voting day, the polls all suggested that it was likely that Britain would stay in the European Union, but when the ballots were counted, the exit side were the winners, showing that it isn't always wise to trust the pundits and play the chalk.

What are the best politics betting odds?

You won't be required to look far to find wagering opportunities on political events, and that's good news for you because it means you'll be able to weigh your options and the odds between several sportsbooks. Bovada already offers a future book on the 2020 U.S. Presidential election. Despite all his woes, Trump is still the favorite to win a second term.

Beyond him, you will find logical alternatives such as Elizabeth Warren, Bernie Sanders and Mike Pence, candidates who would be a bit of a reach like Michelle Obama, and wild, out-there possibilities including actor George Clooney, rapper Kanye West, former pro wrestler turned actor Dwayne (The Rock) Johnson, and Dallas Mavericks owner and Shark Tank star Mark Cuban.

Naturally, with all the scandal and upheaval currently plaguing the White House, you will find plenty of wagering opportunities on what the future might hold for the Trump Administration. BetFred is offering odds on if Trump will be impeached, what year he will be impeached, and simply whether he will finish out his term.

How to make better politics bets?

Betting on politics is no different than placing a wager on a sporting event. You will find that the oddsmakers put in plenty of time and do their research on all of the upcoming issues and elections, so you will want to do the same. Once you've determined which of these options you'd like to place a wager on, the wise bettor shops around to seek out the best odds being offered.

It's always smart to start with a sportsbook that you trust or you've dealt with before, and keep the wager small until you establish a trusting relationship with that sportsbook. When placing your bet, don't simply rely on what you hear from the open-mouth shows. Today it's more challenging than ever for the political junkie to separate what is the truth from what is manufactured fake news designed to create controversy where there is none, so trust your own judgement.

If you want to succeed at political wagering, you'd best be prepared to do your homework. Things can be altered in the bat of an eye in the sports world through an injury, a coaching change or a trade, and it's no different on the political stage. An unwise photo op, a slip of the tongue, or a decades-old relationship with an unsavory character can alter the course of an election in an instant, and suddenly that longshot future bet on a future world leader that you placed isn't worth the paper on which it is printed.

You have to pay attention, but you also must trust your instincts when it comes to studying trends. The pundits insisted Trump had no chance, and the Brexit polls suggested that Britain would remain in the European Union. Both proved to be way off the mark.

If you are someone who stays on top of world politics, there is no shortage of betting opportunities in this arena, from wagering on the next President of the United States, to betting on who will lead the parties into the next elections in the U.S. and U.K., to speculating on which parties will gain power. Beyond that, there are numerous prop bets available at any time. With the Trump White House alone, you can wager on whether his marriage will survive his Presidency, if he'll get married a fourth time, and which one of his children will be the first to turn on him?

Should American politics not be your cup of tea, never fear. There are plenty of world-wide wagering from elections around the globe, to which country will be next to leave the EU, to wild prop bets like if Kim Jong-un will open a sportsbook in North Korea.