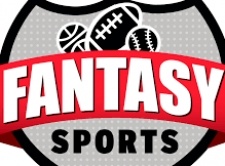 There was a time when you couldn't even classify fantasy sports as an industry. Oh, there were leagues everywhere across North America, and in all of the major sports - MLB, NHL, NBA, NFL, even golf leagues. But they were basically house leagues, contested between friends and family, with player drafts held around the kitchen table or in the basement, or perhaps at the office with a group of co workers.

Why bet on fantasy sports?

Where to bet on fantasy sports?

These fantasy leagues took on different formats. Some would be season-long competitions, others would be reserved for major tournaments and some were solely playoff drafts, based exclusively on the outcome of postseason action. The money was small, but the fun was paramount.

Then along came the internet, and like everything else, the new technology would impact fantasy sports in a big way. Suddenly, almost out of nowhere, daily fantasy competitions were born and quickly exploded into prominence. No longer were fantasy sports the game you played for chump change with your buddies. Now you could contest games on the web against opponents from around the globe, and for prizes in the thousands and even millions of dollars. Fantasy sports, like the leagues it mimicked, was now major league.

What are the best fantasy sports betting odds?

The advent of daily fantasy competition was spearheaded by two companies, FanDuel and DraftKings. They burst quickly into prominence and became billion-dollar entities by offering fantasy sports competition that while it captured the spirit of traditional fantasy sports, completely altered the landscape by taking these games and making the competition global in scope.

It wasn't your neighbor who was coaching the opposing team, it was some unknown opponent on the internet. And the hundred or so dollars that you would grapple over in a championship game had blossomed into thousands and much like online poker, the bigger stake you were willing to risk, the larger monetary gain that you could realize via victory.

Beyond the increased competition and larger purse money up for grabs, daily fantasy also changed the way you played fantasy sports. In the past, you picked a team at the start of a season and lived or died with your roster, only being able to change its makeup via the occasional allowable waiver pickup or by working out a trade with another player in the league.

With daily fantasy, if Tuesday's team let you down, Wednesday was a new day and a whole new ballgame, with an entirely different lineup competing to win you the big cash prize. You aren't saddled with a loser of a club until the season is over and you then can draft a new team.

Almost from the advent of the first rotisserie baseball league - so called because the league founders met for lunch at the restaurant La Rotisserie Française - a debate has raged. Is fantasy sports a form of gambling? There were anecdotal stories over the years of police bursting into homes and arresting people for running a fantasy sports league, as if they were bringing down some major drug cartel.

This debate ramped up dramatically with the birth of daily fantasy sports. While the American justice system had moved swiftly in its attempts to remove online gaming sites from U.S. soil, the fantasy leagues seemed to be snubbing their noses at the lawmakers, raking in millions of dollars while players around the country competed every day in events that some insisted were no different than slots or baccarat, simply games of chance. The daily fantasy companies also began to cross-promote with online gaming sites, adding to the confusion.

The owners of FanDuel and DraftKings argued that their concept wasn't sports gambling at all, but was a form of entertainment and the players were competing in games of skill, since there was knowledge required of the sports and games and research and analysis necessary in order to determine the players who would comprise a winning fantasy team.

Not everyone agreed, and several states took the daily fantasy companies to court, seeking to have them declared gaming entities, which would result in them being shut down. Most major daily fantasy companies do not offer their product to residents of Arizona, Iowa, Louisiana, Montana, Alabama, Texas, Hawaii, Idaho, Nevada and Washington, because the gambling laws in those states are so restrictive.

Both major daily fantasy companies also stopped offering competition on U.S. college sports in 2016 after the threat of legal action from the NCAA.